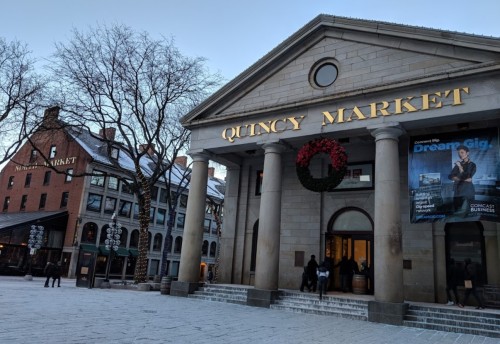 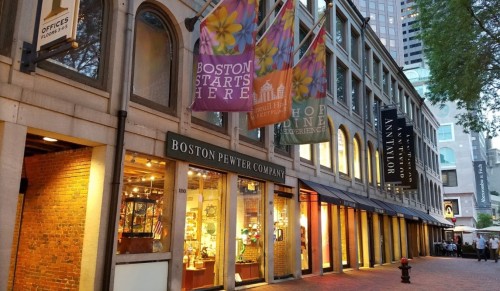 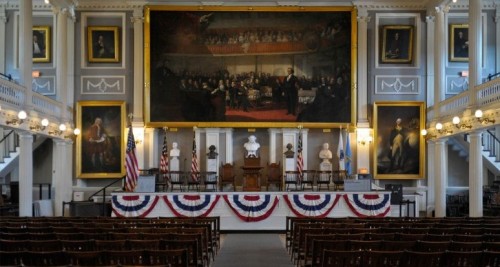 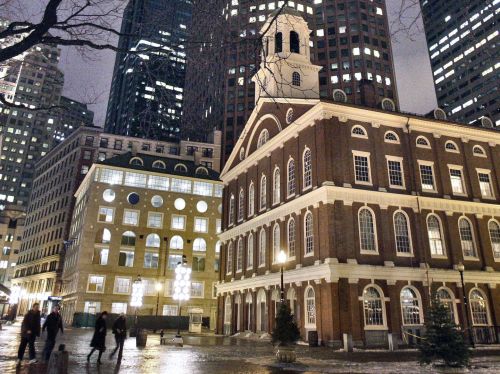 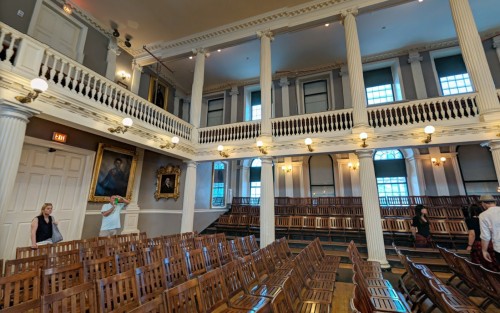 #FaneuilHall in #Boston, #Massachusetts was constructed in 1742 as a town marketplace and business hub for various merchants to sell goods and other products such as meat and produce. #African slaves brought to #America were also auctioned off at Faneuil Hall for a short time, however #slavery became illegal in the state of Massachusetts during the 1780’s. The building also included a large room on its 2nd Floor which was used as a meeting hall by #NewEngland colonists to discuss town issues and other business. It was rebuilt after a large #fire in March of 1761, at which point it was expanded to almost double its original size. The #historic location was also used by many of America’s founding fathers to deliver important speeches and rally #patriot forces during the #American #Revolution. It was later given the nickname, “The Cradle of #Liberty,” and was used for town meetings until 1822. Devine’s #IrishPub, located within the Quincy Market at Faneuil Hall, is said to be #haunted by the spirit of a dark-skinned woman wearing old, Colonial-era clothing. She is believed to have been a former African #slave who died under mysterious circumstances, and whose identity is unknown. She is also said to be responsible for a variety of unexplained #paranormal phenomena which occurs at the pub, such as objects being moved around or rearranged by an unseen #entity, or sudden cold spots and drops in temperature. Another #spirit said to haunt the Quincy Market area of Faneuil Hall is that of a man named Victor Hendrickson, who was killed in 1907 in a heavy machinery accident while working at Ames Plow Company, which occupied a large portion of the market from 1862 until 1909. An article published by the #BostonGlobe in #September of 1907 reports that Victor Hendrickson was killed at the age of 35 after his shirt became caught in a piece of rotating machinery, causing him to be dragged through the machine, and breaking every bone in the man’s body. When an #autopsy was performed on the man’s disfigured and partially dismembered #corpse, it was unable to be determined if he was crushed to #death, or if he later died of strangulation after the machine caused the vest he was wearing to become so tightly wound around his neck that he was almost decapitated. Ever since his death, Victor Hendrickson’s #ghost has reportedly been seen by those shopping at Quincy Market, or walking on the streets nearby at night. Others report hearing the sounds of disembodied screams, and feeling a strange, unexplained presence. Many have also reported encountering a number of other unidentified #apparitions and #ShadowFigures, with some also claiming that the location is haunted by five Boston men who were killed by #British troops on nearby State Street on March 5, 1770 in an event that later became known as The #BostonMassacre.