fair-is-foul:inkyami:inkyami: A harmless child can trap even the… 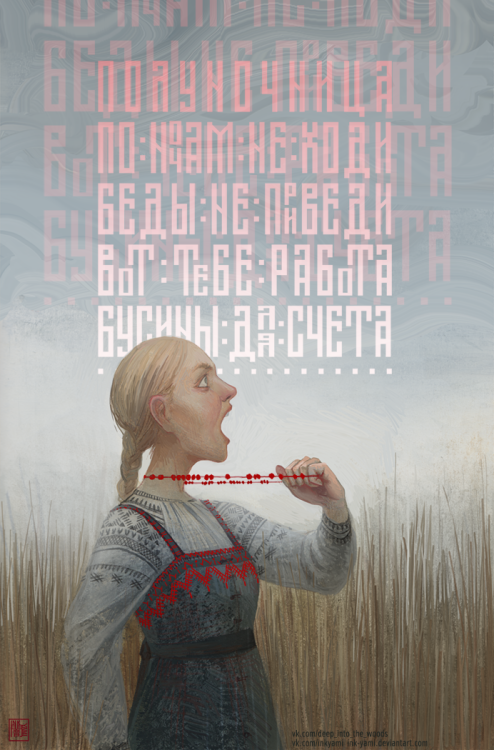 Zagоvory (with zagovor as a singular form), in Eastern Slavic mythology are a form of verbal folk magic. Users of zagovory could enchant objects or people with these words. Having arisen from pagan prayers and incantations, zagovory were initially based on belief in the power of the human word. That is why the exact pronunciation of words (whispered or sung) and performance of the accompanying rites were considered as significant (for instance, zagovory practitioner should have either a full set of teeth or a knife as a symbolic substitute of lacking ones). Zagovory tradition survived until 20th century in popular folk culture, often under guise of a Christian “noncanonical prayer”.

Lady Midnight,
Don’t walk at night,
Don’t bring troubles.
Here’s a job for you:
Some beads to count.

fair-is-foul:inkyami:inkyami: A harmless child can trap even the…