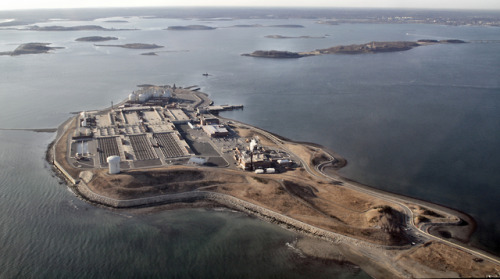 Deer Island #Prison in Winthrop, #Massachusetts was constructed in 1880 to house men and women convicted of minor crimes such as disorderly conduct or possession of #narcotics. The facility remained open until #December of 1991, at which point the building was #demolished to make way for the Deer Island Waste Water Treatment Plant. Former inmates at the #DeerIsland Prison have reported experiencing a variety of unexplained #paranormal phenomena, such as lights flickering, showers turning on and off by themselves, and heavy doors appearing to be opened or slammed shut by an invisible entity. Guards working at the prison have also reported witnessing the foggy outline of an unidentified man wandering the halls late at night. It is unknown whether the Deer Island Waste Water Treatment Plant is considered to be #haunted, though it now occupies the site of the old Deer Island Prison.