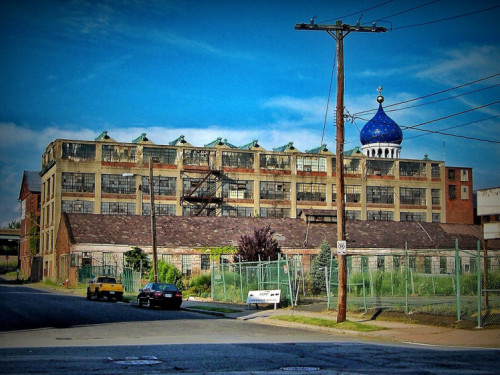 The Colt armory was built in 1855 on a 260 acre area of land in Hartford. The armory was almost completely destroyed in a fire in 1864, and now only two small outbuildings remain from the original construction, which is the forge and the foundry. After the fire, rebuilding of the property began on it original foundations and was completed in 1867. Today the building stands as a national historic landmark and is open to tourists.

One of the strangest reports of paranormal activity has been reported at this location, people who have been on every floor of the building have reported hearing the sound of a boulder drop into the room above them and then the sound of it rolling over, even people who have been on the top floor of the building were the only thing above them is the roof.

The reason for this is unknown as no reports of someone being crushed to death by a boulder can be found. The building has had a number of deaths though, several people were killed during the fire of 1864, as well a few who have died in accidents at the site over the years.

Apparitions have been reported through various areas of the building wearing workers cloths of the late 1800’s fashion. Other reports include Orbs showing up on developed film, and the sounds of footsteps within empty rooms and corridors of the building.