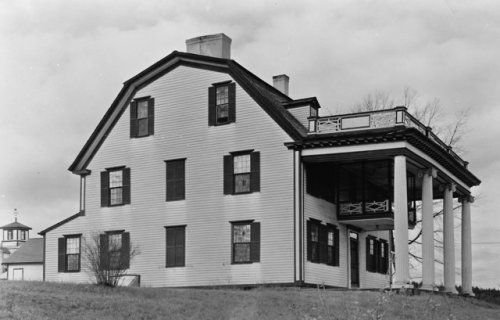 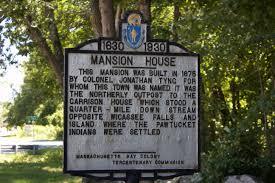 ​The Colonel Jonathan Tyng #House in Tyngsborough, Massachusetts was constructed in 1675 by the #Tyng family, for whom the town of Tyngsborough is named. It was added to the National Register of #Historic Places in August of 1977, but was destroyed in a #fire just a few years later in 1981. Now all that remains of the historic site is the building’s stone foundation, and a marker commemorating the home. Despite this, the remains of the old house are believed to be #haunted by several #spirits, including that of a woman named Judith Thompson Tyng, who was #murdered by her husband Jonathan Alford Ting in the early 1770’s. Historical records indicate that Mr. Tyng paid a local man known as “Dr. Blood” to murder Judith and their three young #children, who were then hidden beneath the house’s floorboards. Shortly after her death, Dr. Blood and Jonathan Ting both died suddenly and mysteriously, with many claiming that the vengeful #ghost of Judith Tyng was somehow responsible. According to legend, Dr. Blood was found lying dead in the middle of a nearby roadway with a woman’s footprint still visible on the back of his skull, and Jonathan Tyng quickly became ill with an unknown affliction and died. Ever since, locals have reported witnessing the spirit of a beautiful woman wearing a green dress at the site of the Colonel Jonathan Tyng House, believed to be the ghost of Mrs. Tyng. Another spirit said to haunt the location is that of a former #NativeAmerican man who once lived on the land before selling it to the Tyng family. His #apparition is often seen sitting stoically on a large rock near the old house, staring vacantly into the distance. Another popular #folklore story claims that the Colonel Jonathan Tyng House is haunted by the spirits of several former African #American slaves who were once kept shackled in the attic of the home, and may have died under mysterious circumstances.