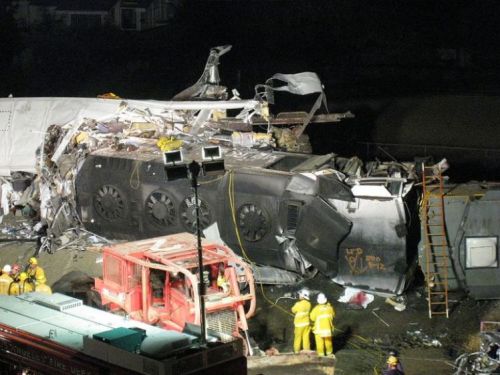 On September 12, 2008, two trains collided in the Chatsworth district of Los Angeles, killing 25 people and injuring countless others. One of the victims was a man named Charles E. Peck.

During the first eleven hours after the crash, Peck’s fiancée and several of his family members received numerous calls from his cell phone. However each time they answered, they heard only static. Calls to Peck’s phone went straight to voice mail.

Twelve hours after the accident, rescuers traced the signal from Peck’s phone and discovered his body in the lead passenger car. Authorities reported that Peck’s body “showed no sign that he lived even for a short time after the crash,” and that he couldn’t have possibly called his loved ones. His phone was never found. So who, or what, made the calls?