This is a true story, and I still don’t know exactly how this could be explained. All I know is that I was utterly terrified.

I remember going to bed pretty late, and it was sometime in Winter. I live in Southern Ontario, Canada, so our Winters are pretty cold and bleak. Night time seems darker than normal, and with everything so cold, it is pretty chilling all on its own.

I lived with my mom, just us. That’s how it had been for the previous 19 years of my life. I was, at the time, 20, and attending college full-time. On this particular night, a Friday, I had stayed up pretty late to catch up on Facebook, and the blogs I normally read. By the time I got to bed, it was probably about 2am.

Our house was a simple townhouse, in a “complex”, there was a total of about 60 townhouses. The complex was on a road that was pretty much at the edge of the city, and directly across from it was a large forest. Railroad tracks passed behind the complex, which carried cargo trains.

Both of our bedrooms were on the second floor. My room was right by the stairs. My door was at one end of the hallway, with the stairs right next to it, the ‘U’ shape of stairs where you have 2 or 3 steps, then a little landing, then about 10 steps, then another landing, then another 2 or 3 steps. My mom’s room was directly at the other end of the hallway, and the bathroom was between our two rooms.

Where I had my bed…if I was laying in my bed and facing the door, you could see just down those first 2 or 3 steps to the landing, and then the staircase turned to head down the other 10 steps, so you could only see the first…two steps of that part.

I’m the type of person who would rather face the door. I always had the mentality, that if something were to happen (fire, break-in, etc.) if I were facing the door, I’d have a bit of warning to get myself to safety, as I’d likely see/hear more than I would facing the wall with my window.

This particular night, I woke up not long after originally falling asleep. I was, strangely, facing the window…not something I normally did. I awoke at about 3:30am, as I noticed on my alarm clock. Since I was facing the ‘wrong’ way, I rolled over.

Once I faced the other side of the room, I looked up, seeing my mom standing over my bed. I noticed then, that she was holding a pillow in her hand, and almost smiling…but in an eerie sort of way…a way she normally never smiles.

“Mom?” I said, and then I reached up to wipe my eyes, feeling that sort of crusty stuff that makes it hard to completely open them. After rubbing them, I looked up again at my mom…but she was gone.

“Mom…what the fuck?” So I got up, and walked down the hall to her room…wondering why she was in my room at all, at that hour. When I got to her room…I was pretty surprised.

She was laying in her bed, completely asleep, snoring, and it was obvious she had definitely not left her room.

I was terrified to think..what the hell was in my room?

Fuck Yeah Moderator James: 8/10 Damn, doppelgangers always get me.  Thanks for sharing the scares!

Hey kids. I have a bunch of spoopy encounters, and I’ll submit the rest of them when I have time.

Before I start, I still don’t have an explanation for what happened, and it still frustrates me to this day that I lost my only copy of this; so all evidence of my encounter is gone and I feel like people assume I’m lying or attention seeking when I bring things up. Despite all of this, I’m still a skeptic in regards to the paranormal, so I invite anyone reading this to give me an idea as to what you think could have happened.

With all that said, here’s my story:

This happened back in 2006 or so. I was in middle school at the time and was about to enter the seventh grade.The last few months of the school year leading up to the summer were especially hard for me. A mutual friend of mine in South Africa, who was like a sister to me, had unexpectedly passed away from some illness and my childhood dog who I had since I was diagnosed with cancer and had to be put down. It was pretty stressful for me, and I began to feel incredible alone and isolated. It was around this time I found Youtube (back when it was in its infancy before it got bought out by Google), and I found escapism in making videos and writing as a budding young writer and aspiring filmmaker.

It was around this time I started utilizing a Sony Handicam I got as a birthday present, so I was making shitty home videos whenever I could when it wasn’t being borrowed by my relatives. A day came around when my cousin just outside the major Philadelphia area came up to spend the summer with my family, and we spent a good chunk of one afternoon just dicking around with the camera and filmed what we could; basically doing what two twelve year olds would do on a major sugar high. After about an hour of messing around the house, we finalized the disk and popped it in my old DVD player to see what we got.

The whole thing was super cringeworthy. It was shaky, almost blurry at times, and totally nonsensical. Towards the last five or so minutes, things got really weird. We were getting to a part where we were going through the basement kitchen, and about to pass the bar that divided the kitchen from the living room. To help put things into perspective better. If you stood in front of the bar; there’s two stools in the front of it, a closet to the left, and another closet to the right where our water heater is. As we were about to go to the living room, the video seemed to freeze and get stuck on a single frame for about ten seconds or so. It was a partially blurry frame in front of the bar, showing a smear between the corner of the room between the bar and the water heater closet.

We looked closer and saw that the blur or smudge didn’t look like well…an ordinary blur. The more we focused on it, the more we noticed it eerily looked like a dog and that of a small kid, no more than five. The thing that made it more alarming was that the dog looked strikingly like my old german shepard, which was pretty unsettling. As for the figure that looked like a kid, I’m not sure.

Thinking about it more, it brought back memories of a twisted stories one of my cousins told me to scare me when I was like six, where a family with three kids were slaughtered. Again, a fucked up story with no merit, but still. Years later, I’d think about it on and off and for some reason, something I guess I forgot or blocked out of my memory came back and it was that my mom was pregnant again, but unfortunately miscarried sometime later.

To this day I still have no idea or explanation as to what I saw, and as I stated in the opening, I unfortunately lost the only copy of the disk I had, presumably in a flood we had some odd years later. I’m thinking about reaching out to my cousin to see if she remembers this or not, but I won’t hold my breath in the event she doesn’t. It’s still really weird looking back on all of this over ten years later, especially since I remember considering picking up a career as a paranormal investigator despite being an agnostic-atheist at the time.

So yeah, that’s my story. If anyone has any ideas or explanations for what I might have seen, let me know. I’d love to hear your input.

James: 6/10 Maybe those ghosts just wanted to be youtube stars. Thanks for sharing the scares!

requiem-on-water: Of course I have body issues, I can’t explode into a thousand bats.

requiem-on-water: Of course I have body issues, I can’t explode into a thousand bats.

Of course I have body issues, I can’t explode into a thousand bats. 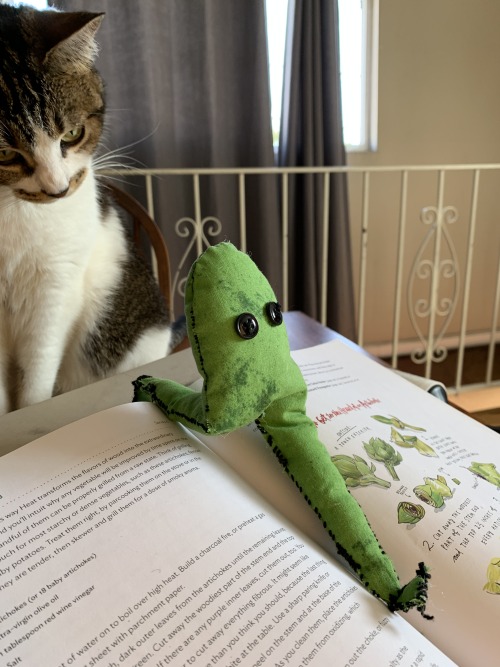 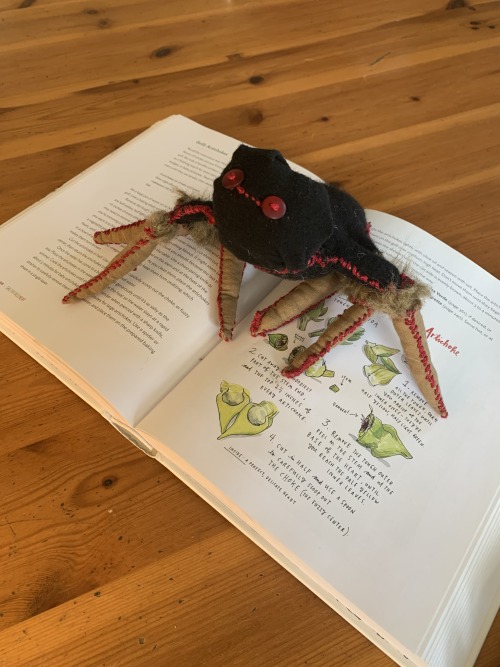 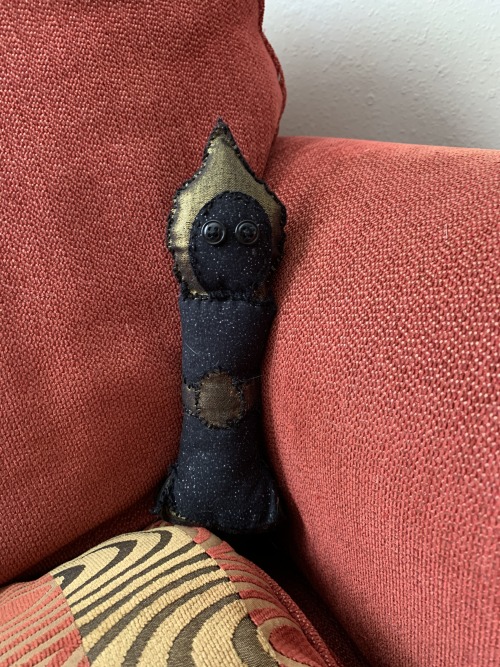 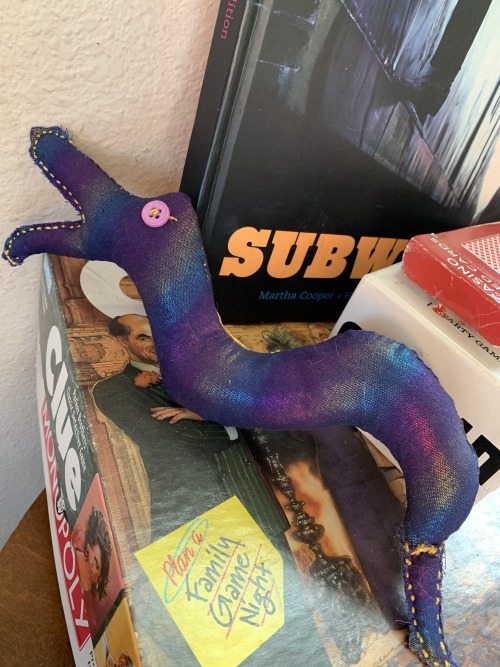 Hey there nightmare folk, my friend has been out of work since this whole outbreak thing began, so she decided to make a cool Etsy shop filled with cool cryptids and monsters and such. She’s the most talented person I know so take a look and consider supporting her and her cat!

Hey there again friends! My friend super appreciates all the lovely support!

Here’s a lil 13% off coupon for her shop, she made only for the nightmare folk 😉 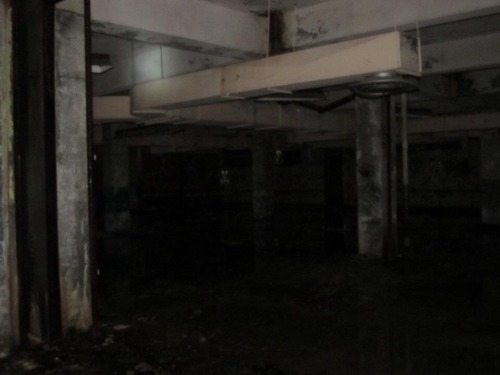 This is a picture we took in the building in the story I shared. We found a pitch black room. There were no windows, no light escaping in, we were shining our flashlights into the darkness and saw nothing. My friend finally took a picture with the flash on hoping it would light up the room enough in the image to see what was in that room since our flashlights didn’t even help. She saw nothing so we left the room. When she got home and started putting the images on her computer she realized she actually did catch something on her camera.

Basically this is a short story told to me by my mum, although it didn’t happen to her it happened to her brother.

When her brother was 16 he and a bunch of his friends decided to do a ouija board and set up a load of cameras to see if they could capture anything in a photo. They managed to make contact with a spirit and asked if they could photograph it. It said no but they decided to try anyway. Well when one of them stood up to take a picture the bulbs in all the cameras smashed one by one in a domino affect. She said her brother and his friends all ran out of the room as quick as they could and that none of them used a ouija board again.

James: 6/10 Your uncle and his friends have GOT to be smarter than that, but good on everyone there for not trying that shit again lol. Thanks for sharing the scares!