Can Ghosts Move Things?We are all familiar with stories of… 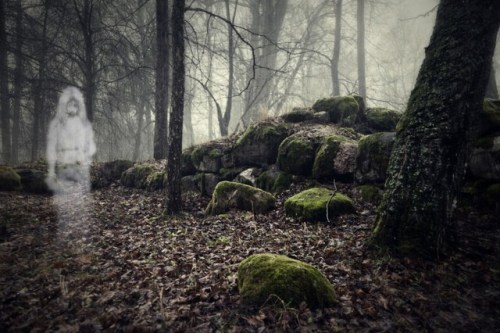 We are all familiar with stories of ghosts making spooky noises at night, or flickering lights and knocking on walls. Many of us have experienced this first hand, but can ghosts actually move things?

Yes, it is technically possible for ghosts to move things.Experiencing a ghost moving something right in front of you is one thing, but catching the paranormal activity on tape is something else. It can be so hard to prove what ghosts do and don’t do, as we aren’t always ready with a camera when they do actually give us notice of their presence.

The actual name poltergeist is an amalgamation of two German words, poltern, meaning crash, and geist meaning ghost or spirit.

In most reported cases of objects moving around the house, or disappearing only to be found in an obscure place, poltergeists have been held responsible.

Usually, poltergeist activity starts with small, isolated incidents which many people write off, thinking nothing of them.

The most popular way for poltergeist activity to start is by the spirit hiding familiar objects, such as your car keys around the house.

This can progress to loud bangs on walls, footsteps at night or objects flying around the room right in front of you.

How Do Ghosts Move Objects

This is still highly debated about, but some believe that as ghosts are a form of energy, they can manifest this energy into a physical push or throw of an object.

They would have to be quite a strong entity to pull this off, but it is thought that ghosts can draw energy from electrical devices, often draining them of battery, or from sucking the heat from a room, causing cold spots.

Moving objects around is one of the best ways for a ghost to let you know they are present, how could you deny a plate flying across the room for absolutely no reason at all?

Signs Of A Poltergeist In Your Home

If you have experienced strange happenings in your home and suspect there might be some form of ghostly energy about, you might want to find out if it is a poltergeist that is present.

Here are some of the main signs to look out for in a poltergeist haunting:

Disappearing objects are usually the first sign that there is poltergeist activity in the home.

Many people actually don’t notice this happening and think that they have just been distracted or forgetful about where they have placed certain items.

You think you have left your keys on the counter, the place where you always leave them, and then cannot find them all of a sudden.

Later during the day, or even days later, your keys might appear exactly where you left them, or in a place where you would never leave them.

This phenomenon has a name, the Disappearing Object Phenomenon. It is very common with poltergeist activity and shows the mischievous nature of poltergeists.

How frightening must it be to watch a plate levitate above the kitchen counter, or knives fly across the room for no reason at all?

Moving objects can be as small as a pen falling off the desk, or books and knick-knacks suddenly crashing down off of a shelf.

Moving objects, especially objects levitating and flying off shelves, is a sign that there is a strong poltergeist activity in your home, and it might be time to become concerned (as if you weren’t already!).

Poltergeists, or ghosts in general, are known to cause strange scents and odors around the house, often with no cause at all.

Spirits often have a familiar scent or smell that appears when they are around in a room. It might have to do with residual haunting or something that you associated strongly with a loved one who has passed on.

Ghosts and poltergeists are really notorious for causing electrical interference. The theory goes that because they are a form of energy themselves, they can manipulate and interfere with electrical energy.

You might be woken up suddenly at 2am to the sounds of your stereo turning on and blasting out a song, or the lights flickering when you are in a room.

Another way poltergeists and ghosts interfere with energy is by draining battery from electrical devices, or causing them to malfunction.

This is why ghosts hunters and investigators always carry spare batteries around.

Poltergeists like using their energy to reanimate objects that maybe haven’t worked for a year, or which are lying lifeless.

A good example is what you often find in horror movies, you hear the sound of a laughing toy over your baby’s monitor in the middle of the night. Thinking the toy was never switched off, you go and flick it on and off.

You might hear the sound again that night, go to remove the batteries and see that there were no batteries at all.

Poltergeists also bring old antique pieces to life, like an antique clock that hasn’t worked for decades sitting on your counter.

It can suddenly begin to tock and chime. This phenomenon can be really frightening, as it is something we watch on horror movies often, and those never have happy endings!

The unexplained sounds of knocking, rappings or footsteps are very often associated with poltergeist hauntings.

They almost try to drive you insane with knocking throughout the night, or the sound of footsteps above you when you only have a one-floor home.

The knocking noises, and footsteps, often have no cause and are inexplicable.

Physical attacks from poltergeists only happen when it is a particularly strong haunting, and they are absolutely terrifying.

What makes the occurrence more terrifying is that the attacks often happen to young, vulnerable children, often in emotional turmoil.

While these physical attacks aren’t common, there are reports of them happening in the past, and most have been left unexplained.

Can Ghosts Move Things?We are all familiar with stories of…