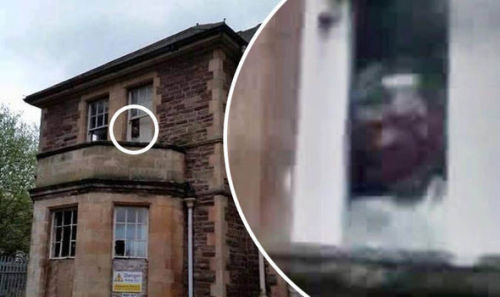 Adam Smith took this intriguing photo of the abandoned Brecon and Radnor Lunatic Asylum, Wales whilst on a walk.

There appears to be a face at the first floor window of the facility that used to house psychiatric patients, and which was also a prisoner of war camp for German soldiers during World War Two. The site was closed in 1999.

Smith said he has been asked to remove the photo from the web after hundreds of people have since turned up at the asylum to hunt the ghost down.