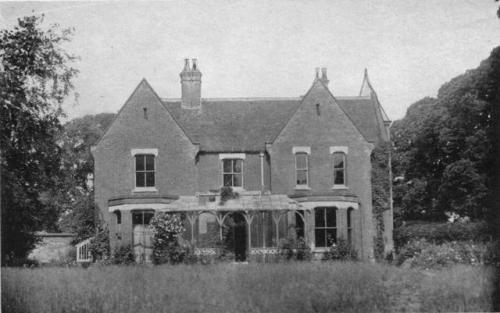 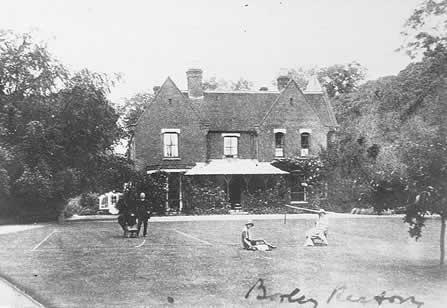 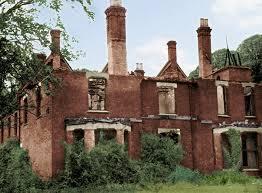 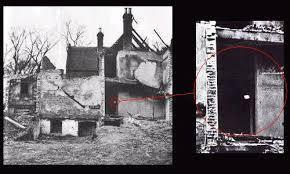 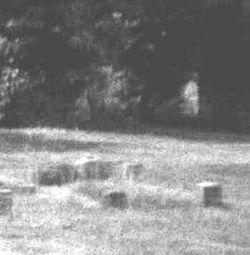 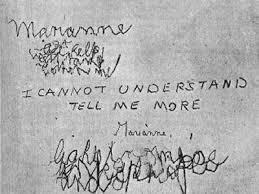 Borley Rectory was a rambling, chaotic and dingy late Victorian building in the quiet rural heartland of Essex. It came to be known as the “most haunted house in England”.

The Rectory was built in 1863 for the Rev. Henry Dawson Ellis Bull, a local clergyman . Reputedly the chosen location for Borley Rectory was once the site of an ancient monastery. Some locals were already claiming the area to be haunted, long before the Rectory was constructed. Undeterred, the Reverend Bull, moved into the new premises, with his wife and their 14 children. Almost immediately, strange occurrence began. Mysterious foot steps, ringing bells and even organ music were heard, objects appeared and disappeared, writing on the wall would material before the occupants’ eyes and apparitions were witnessed.One daughter was awakened by a slap in the face; another saw a the figure of thin old man in a tall hat standing by her beside when she awoke suddenly one night. A headless man was seen wandering the grounds and would occasionally be spotted walking through the walls of the rectory and a sad looking nun was often spotted on both floors of the building.

The Bull family remained within the Bull family until 1930. Throughout their residency, the supernatural phenomena just continued to grow. A cook reported that no matter how carefully she locked the door to a pantry , it would always be open the next morning; another servant claimed to have been woken in the night by a figure sitting astride him, which promptly evaporated in nothing as the terrified teenager called out in horror. A phantom coach was also observed by several of the rectory’s inhabitant. The coach was pulled by two enormous, galloping shadowy forms and driven by the figure of very short and pale man.

In 1930, the rectory fell into the hands of the Reverend Lionel Algernon Foyster, who moved in with his wife and teenage daughter. This seemed to usher in a new era of activity within the house, with an increased emphasis on communicative events and fewer sightings of silent apparitions. Strange smells would waft under the noises of the occupants, especially lavender and writing would regularly appear on walls, in books and on manuscripts. Some of this writing appeared to be communicating ominous messages to the Reverend’s wife, Maranna. This gave way to disembodied voices and eventually a physical attack on Marianne in which she was seriously hurt. An attempted exorcism resulted in the clergy men present being attacked with a barrage of stones.

In 1937, the founder of Britain’s National Laboratory of Psychical Research, Harry Price decided to conduct an experiment at the Rectory, which was to become famous throughout the ages. Price put an advertisement in the Times Newspaper asking for intelligent professionals to volunteer for an observation rota at the rectory. Of the 800 who applied, Price chose 40, who were drawn from respected and high ranking professions. They included Dr C.E.M. Joad, the philosopher, who claims to have experienced extreme changes of temperature within a matter of seconds in certain rooms within the building. A former British forces Commander recorded that he had been hit in the face by a small soap when on a vigil. No one else was present in the room.

The Rectory was destroyed by a mysterious fire in 1939. Many locals had rushed to the scene, where they claim to have seen the figure of a young girl at the window of the burning building. Despite the destruction, the occurrences continued. Throughout the second world war, local wardens were perplexed by constant reports of lights being seen in the burnt out building during blackouts. Upon arrival at the building, there would be no such lights and no sign of any human habitation. This became such a matter of concern to authorities, that in 1943 the site of the Rectory was excavated on the orders of the British Government. Human remains were discovered less than three feet below the grounds surface and these were laid to rest in proper fashion. This led to a decline in phenomena, but not an outright disappearance. Electrical abnormalities in particular are said to be a regular occurrence, even down to today. This has caused some researched and theorists of the supernatural to speculate that the old site of Borley Rectory is in fact a spiritual gateway or cross roads , between this life and the next.