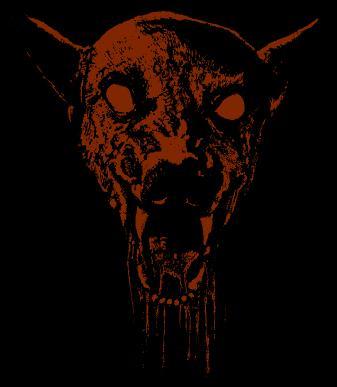 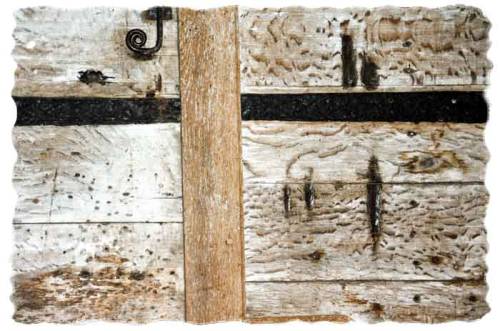 A black dog is a name given in England to ghosts that appear as large black dogs.

British folk tales describe these apparitions as larger than normal dogs that have glowing eyes and are harbingers of doom.

These ghosts are seen at night and are often associated with the Devil or Hellhounds. It is often mentioned if one witnesses this phenomenon they or a close relative will die within the year.

Some trace the origin of these tales back to Celtic and Germanic elements in British culture.

As mentioned above black dogs are associated with death. Most stories mention these creatures are malevolent in nature.

Almost every county in England has legends that are told about black dogs. Because there are so many only one is shared here.

Like most black dogs Shuck is malevolent in nature, this ghost is said to terrify its victims. This huge dog is said to roam the coastline and countryside of East Anglia.

The name Shuck is from an old English word that means demon.

This ghost is a harbinger of death—but in some cases it can also be more companionable.

There are many accounts of Shuck appearing in the region. These dogs are huge with flaming eyes of the color of red or green. In some tales it is stated Shuck actually has only one eye in the center of its head.

Some tales state Shuck is as large as a calf or even a horse. Others state that this dog is headless or appears shrouded in a misty cloud.

He is in the form of a dog, and prowls along dark lanes and lonesome field footpaths. When heard its howls makes ones blood run cold. Its footfalls make no sound.

When seen it has one fiery eye. If encountered this creature will bring the worst of luck. It is said you will meet your death shortly afterwards.

The most famous report of a sighting of Black Shuck occurred at churches in Bungay and Blythburgh in Suffolk.

On August 4, 1577, at Blythburgh, Black Shuck burst through the doors of Holy Trinity Church to a clap of thunder.

He ran up the nave, past a large congregation killing a man and a boy and causing the church steeple to collapse through the roof.

As the mysterious dog left scorch marks appeared on the door. These marks can still be seen today.

On the same day, witnesses at St. Mary’s Church in Bungay saw a black dog running swiftly among people that were kneeling and praying.

In May of 2014, a large dog’s remains were excavated at Leiston Abbey and have been linked to Black Shuck.