Big Bull TunnelNewspapers reported in August 1905 and 1906 that… 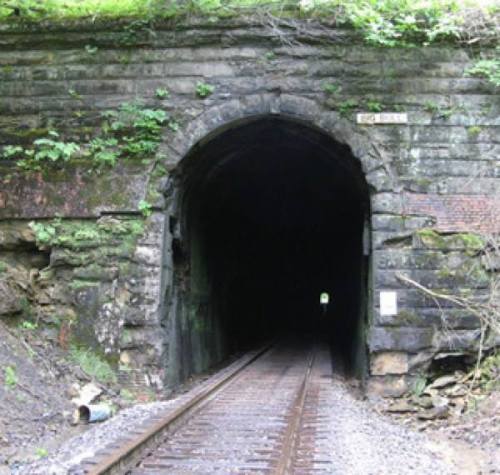 Newspapers reported in August 1905 and 1906 that the Big Bull Tunnel in Virginia, part of the Norfolk & Western Railway line, had been the site of paranormal manifestations as reported by a train crew. Local citizens were also disturbed by the phenomena, which included ghastly sounds like a man groaning in pain. A voice made declarations like, “They are drinking my blood.” According to witnesses—respectable railway employees—the tunnel was examined and no evidence of trickery could be found. It was believed at least three men lost their lives in the tunnel. Possible sources of the haunting? We found a report about the tunnel from 1901 indicating Robert Lemon, engineer, had his skull crushed and wasn’t expected to live, and in 1904, a flagman was knocked off a train and fatally injured.

Big Bull TunnelNewspapers reported in August 1905 and 1906 that…