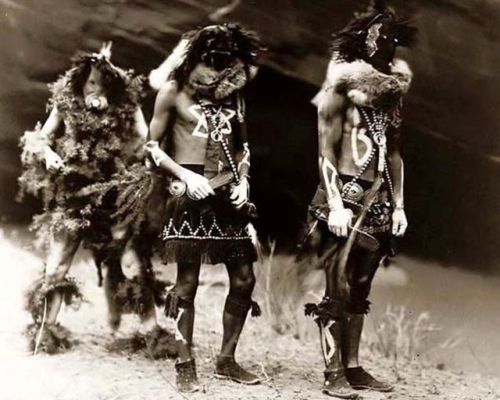 The Navajo tell of sinister beings called the skinwalkers or yee naaldlooshii, which translates into “by means of it, they go on all fours”. According to legend, these malevolent witches were originally medicine people who took on dark magic and so became something beyond living or dead. The details remain unclear because even talking about skinwalkers can result in harm to the teller due to their dislike for outsiders and vengeful, violent tendencies.

Cowboys later took up the Navajo’s stories, spreading tales of these creatures throughout the Old West. Whenever someone disappeared in the dessert or otherwise died in strange circumstances, the skinwalkers were blamed. By most accounts, their powers allow them to take the form of any animal and imitate any sound, but they only do so to do harm and will not hesitate to kill any being, human or otherwise.