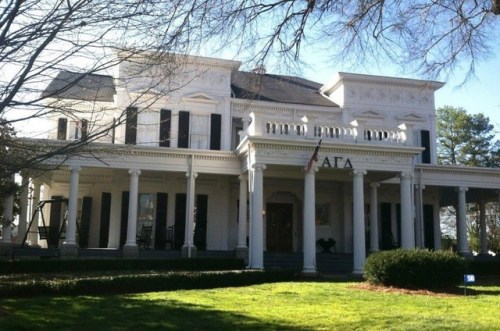 Abandoned at the Altar

According to local legend, former state senator James Carithers purchased the home in 1913 for his daughter, Susie, and her handsome young fiancé. All was well until the day of the wedding, when the husband-to-be never showed. Humiliated, Susie fled to the attic and hanged herself from the rafters. Her ghost remains to this day.

Throughout the years, sorority members have reported a number of strange occurrences, including unexplained noises, shadowy figures, and objects that move by themselves. However, the ghost isn’t out to harm anyone. In fact, the spirit many know as Susie serves as a sort of matchmaker. Legend has it members who see her will find love soon after.