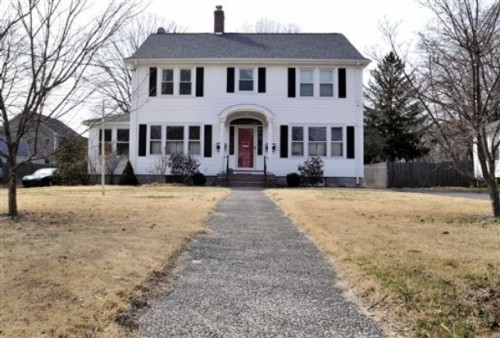 A Haunting in Connecticut

It was 1988 the Snedeker family had been going through some tough times their eldest son was undergoing treatment for Hodgkin’s lymphoma, and the family were in dire straits financially. The Snedeker Family came from New York, Carmen Snedeker had been traveling back and fourth to Connecticut with their son so that he could get the best treatment possible. Because of there sons condition they decided relocate to Connecticut. Carmen felt her prayers had been answered when she was shown around a large house close to the Hospital, she discovered that the monthly rent was well within the price range that her family could manage to pay for a decent and comfortable place to call home.

Shortly after moving into the house, Carmen was clearing the basement when she made a shocking discovery, partially hidden under building and construction materials, she found tools and instruments that are typically used by morticians. Carmen did some research into the history of the building and found that the building had indeed been a former funeral home

Almost straight away the Snedekers eldest son started to complain of seeing shadows and hearing voices. He told his mum that he would often see a man dressed in a black and white pin stripe suit. He asked to stay at the hospital rather than home, he complained of not getting any sleep because of the constant supernatural disturbances.

After their son had left the house the paranormal activity began to effect the rest of the family, Carmen was mopping the kitchen floor one morning when she noticed the water suddenly turn blood red and gain a putrid odor. Crucifixes that hung in various locations throughout the house slowly began to vanish some would be turned upside down others found on the floor.

Carmen’s niece was living with the family at the time. One night, while sleeping, she was physically assaulted by unseen hands that groped and had red scratches on her body. A rosary that she had placed around her neck was violently yanked by the abusive entity and the beads scattered all across the floor.

Several demonic entities made their evil presence known during the ensuing weeks. “They were incredibly powerful”, Carmen describes two of the demons “One was very thin, with high cheekbones, long black hair and pitch black eyes and another had white hair and eyes, wore a pinstriped tuxedo, and his feet were constantly in motion, this was seen by my son and I”