A Ghost in the White HouseThis photo was taken during remodeling… 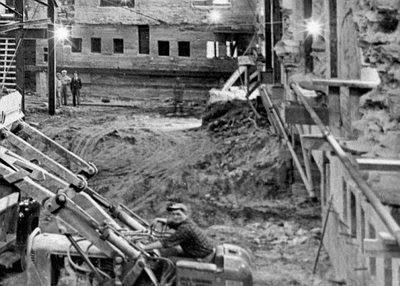 A Ghost in the White House

This photo was taken during remodeling of white house around 1950 by National Parks Service photographer Abbie Rowe and can be found in David McCullough’s book Truman. In the background is clearly visible a dark shadow figure of a man.

After the death of his 11 year old son Willie, President Abraham Lincoln became withdrawn and fearful of his own demise. He turn into the supernatural hoping to get in touch with Willie. Even though his presidency ended with his assassination in 1865, the claim is that Lincoln’s spirit never left the White House. Several presidents and their guests have “witnessed” his apparition in the Lincoln bedroom. It is also said he likes to roam the second floor hallway and knock on bedroom doors. Even President Barack Obama and first lady Michelle report hearing strange noises in the wee hours of the night, but after investigating finding no one in sight.

A Ghost in the White HouseThis photo was taken during remodeling…