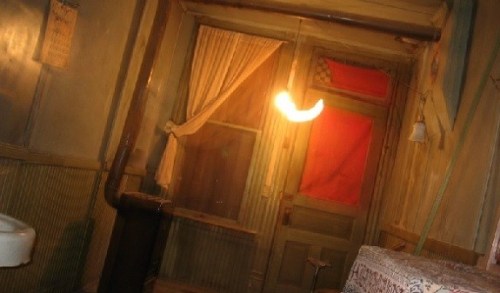 5 Historic Haunted Brothels in the U.S.

Historic brothels, like theaters, always seem to have a resident ghost or two. Here are five former brothels haunted by the working women of days gone by.

For 92 years, the women of The Dumas Brothel in Butte, MT served the community’s hard-working miners and helped the business become America’s longest-running house of prostitution. Though the brothel closed its doors in 1982, the property’s current owners believe at least a few working women remain. Eerie events at the old brothel include falling mirrors, touches from unseen hands, and a shaking bed. The Haunted Collector team investigated The Dumas for an episode of the show and reportedly contacted the spirit of a former madam named Sarah.

The Bird Cage Theatre opened its doors in 1881 and served as a theater, saloon, gambling parlor, and brothel. The business closed just a few years later, and was sealed for 45 years before becoming a tourist attraction. Now, staff and visitors report all manner of paranormal activity including ghostly moans, disembodied voices, and an apparition of a woman in white. Several paranormal shows have investigated the property, including Ghost Hunters, Ghost Adventures, and Ghost Lab.

The 116-year-old Red Onion Saloon is a former bordello that now serves as a museum and restaurant. A former madam named Lydia reportedly haunts the establishment, while cold spots, disembodied voices, mysterious footsteps, and the lingering smell of perfume also plague the former brothel.

Once known as “the best little whorehouse in Pennsylvania,” the historic Hotel Lincoln building is allegedly haunted by the women who once plied their trade there. Legend has it an enraged husband killed his wife in the building when she failed to charge a favored client for her services. Now, the slain woman is said to appear in the reflection of an antique mirror on the property. Today, many women feel ill at ease on the second floor and quickly return to the first level.

Earnestine & Hazel’s is now a bar and restaurant renowned for its delectable burger, but in the 1930s and 40s the business used to be booming, if unofficial, brothel. Strange events at the historic establishment include the sounds of party when no one is around and a juke box with a mind of its own. The current owner of the building also claims a group of giggling, invisible women penned him to his bed one evening. Kinky.