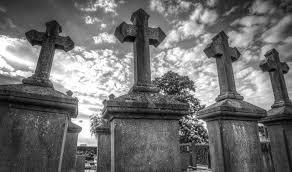 1. Brazilian Joao Maria de Souza was killed in 2013 when a cow fell through his roof onto him as he slept.

3. Canadian lawyer Garry Hoy died while trying to prove that the glass in the windows of a 24th floor office was unbreakable, by throwing himself against it. It didn’t break – but it did pop out of its frame and he plunged to his death.

4. In 2007 the deputy mayor of Delhi, Surinder Singh Bajwa, died falling off a balcony while trying to fend off a troupe of attacking monkeys.

5. Monica Meyer, the mayor of Betterton, Maryland, died while checking her town’s sewage tanks – she fell in and drowned in 15 feet of human waste.

6. Sigurd the Mighty, a ninth-century Norse earl of Orkney, was killed by an enemy he had beheaded several hours earlier. He’d tied the man’s head to his horse’s saddle, but while riding home one of its protruding teeth grazed his leg. He died from the infection.

7. The owner of the company that makes Segways died in 2010 after accidentally driving his Segway off a cliff.

8. Robert Williams, a Ford assembly line worker, is the first human in history to have been killed by a robot. He was hit by a robot arm in 1979.

9. In 1923, jockey Frank Hayes won a race at Belmont Park in New York despite being dead — he suffered a heart attack mid-race, but his body stayed in the saddle until his horse crossed the line for a 20–1 outsider victory.

10. US congressman Michael F. Farley died in 1921 as a result of shaving – because his shaving brush was infected with anthrax.

11. Several people danced themselves to death during the month-long Dance Fever of 1518 in Strasbourg, during which hundreds of people danced for about a month for no clear reason.

13. Edward Harrison was playing golf in Washington state in 1951 when his driver snapped, and the shaft lodged in his groin. He staggered about 100 yards before bleeding to death.

14. In 1900, American physician Jesse William Lazear tried to prove that Yellow Fever was transmitted by mosquitoes by letting infected mosquitoes bite him. He then died of the disease. Proving himself right.

15. Russian physician Alexander Bogdanov performed pioneering blood transfusions on himself, believing they would give him long life. They actually killed him after he suffered an adverse reaction.

16. Austrian tailor Franz Reichelt thought he’d invented a device that could make men fly. He tested this by jumping off the Eiffel Tower wearing it. It didn’t work. He died.

17. In 1567, the man said to have the longest beard in the world died after he tripped over his beardrunning away from a fire.

18. The Greek philosopher Chrysippus of Soli is said to have died of laughter after watching a donkey trying to eat his figs.

19. British actor Gareth Jones died of a heart attack while performing in a live televised play in 1958 – in which his character was scripted to have a heart attack. The rest of the cast improvised around his death and finished the play.

20. Mary Ward was a pioneering Irish female scientist who is sadly better known as the first person in history to ever be killed in a car accident – while driving with her family in their experimental “road locomotive steam engine”.

21. And the first pedestrian ever killed by a car was Bridget Driscoll of Croydon, London, in 1896.

22. Carl Wilhelm Scheele was a brilliant Swedish chemist who had an unwise habit of tasting all the chemicals he discovered. He died in 1786 as a result of his exposure to lead, hydrofluoric acid, arsenic and various other poisons.

23. Engineer Horace Lawson Hunley pioneered submarine design in the American Civil War – although most of them sank. He died when his final model, named after himself, sank while he was in command of it.

24. General John Sedgwick was killed by a sniper in the American Civil War shortly after uttering the words “They couldn’t hit an elephant at this distance.” (Contrary to popular belief, though, they weren’t his last words. They were his second-last. His last words were agreeing that dodging was in fact a good idea.)

25. Health fanatic Basil Brown managed to kill himself by drinking a gallon of carrot juice a day, in the belief it would make him healthy.

26. In 1992, Greg Austin Gingrich died in the Grand Canyon after jokingly pretending to fall to his death, then losing his footing and actually falling to his death.

27. Queen Sunanda Kumariratana of Siam (now Thailand) drowned in 1880 in full view of many of her subjects – because they were forbidden to touch her, so couldn’t rescue her.

28. The first people ever killed in an air accident were hot air balloon pioneers Jean-François Pilâtre de Rozier and Pierre Romain, in 1785.

29. And the first person ever killed in a powered aeroplane crash was Lieutenant Thomas Selfridge in 1908, in a plane piloted by Orville Wright.

30. An Irish woman died in 2008 after voluntarily having sex with a dog. The exact cause of death is unclear, although it was speculated that an allergic reaction to dogs might have been the cause.

31. Twenty-one people died in the Boston Molasses Disaster of 1919, when a massive tank of molasses burst on a warm day, sending a 25ft high wave of sweetener through the city at 35mph.

32. And eight people died in the London Beer Flood of 1814, when a giant vat at a brewery burst, sending over 3,500 barrels of beer pouring though the nearby streets.