3 Year Old Boy Remembers His Own Murder And Finds His Killer,… 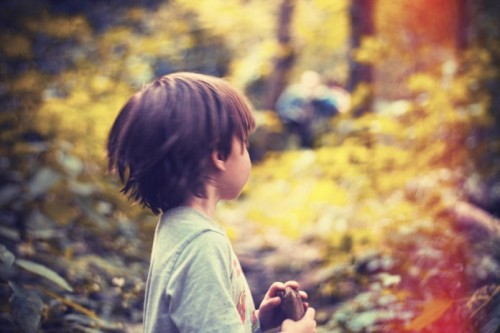 3 Year Old Boy Remembers His Own Murder And Finds His Killer, Body and Murder Weapon

Could this boy be the reincarnation of the victim from an unsolved murder mystery?

This bizarre tale of reincarnation starts with a 3-year-old boy from Golan Heights, near Syria. Not only did he claim he had a past life, but also that in it he had been murdered, where his body and murder weapon could be found, and even that he knew the identity of the person who murdered him.

Dr. Eli Lasch, who was a physician in Israel at the time, investigated the case. Because of Dr. Lasch’s interest in reincarnation, the child’s parents invited him along to check out their son’s claims. The group that was tagging along took the boy to two cities, before entering a third one that the boy claimed to recognize. When they found the village, the boy was able to recall his original first and last names and the first and last names of his murderer.

An individual from the town overheard what they were talking about, and said that the name the boy mentioned (his past self) had gone missing 4 years ago… and that no one had heard from him since. As they continued to check out the village, the boy was able to find his old home. It was while they were walking around that he walked right up to a man and called him by his name, even though he had never met him in his current lifetime. After doing so, he confronted the man by saying, “I used to be your neighbor. We had a fight and you killed me with an ax.” The man turned white, and the boy continued with, “I even know where he buried my body.”

The boy then led everyone away, including the accused murderer, and was able to point out the location where his past life’s body was buried and where the murder weapon (an ax) was hidden. With all this evidence, everyone accused the man of the murder, and he confessed. What was particularly interesting was that the mark on the skeleton’s skull where the ax hit the victim corresponded to the boy’s birthmark.

The only known witness of the incident, Dr. Eli Lasch, died in 2009 and the information provided here is everything that is known about the case. Its a strange tale, but it’s not a singular one, as other children have been reported to have remembered past lives.

3 Year Old Boy Remembers His Own Murder And Finds His Killer,…