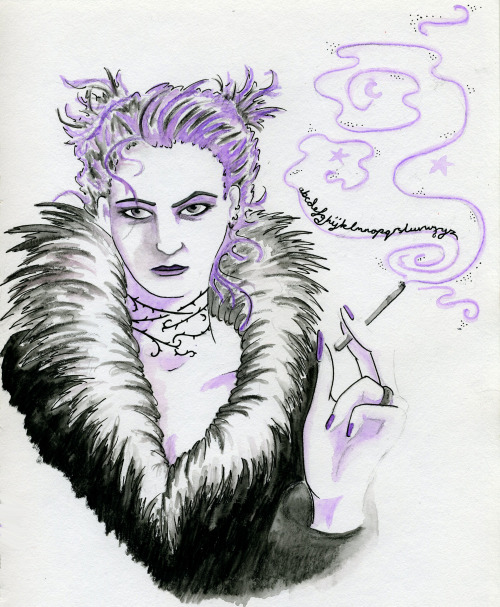 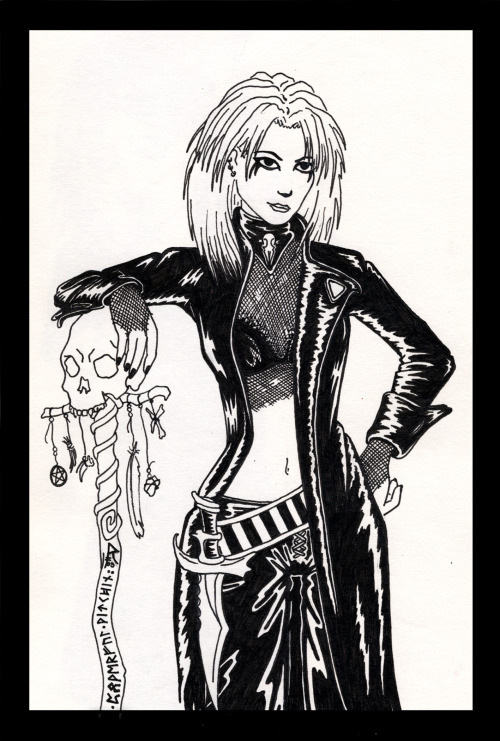 There was a comic called Dogwitch that was a glorious old-school B-movie fest of insanity, sex, and very silly violence. I wrote a short story about Dogwitch and her old school friend I made up, Wraithwitch. The story got to the creator by mistake and fucked up his plot (’cos no indie comic guy wants to risk being accused of plagiarism.) I’m so sorry Dan Schaffer, I never meant to mess with your glorious insanity – and obviously, every witch knows how to sling tarot =)

Titan verse TitanicFutility, or the Wreck of the Titan was an 1898 novella written by Morgan…

Titan verse TitanicFutility, or the Wreck of the Titan was an 1898 novella written by Morgan…

Futility, or the Wreck of the Titan was an 1898 novella written by Morgan Robertson. The story features the ocean liner Titan, which sinks in the North Atlantic after striking an iceberg. The Titan and its sinking have been noted to be very similar to the real-life passenger ship RMS Titanic, which sank fourteen years later.

Although the novel was written before the Olympic-class Titanic had even been designed, there are some remarkable similarities between the fictional and real-life counterparts.

Like the Titanic, the Titan sank in April in the North Atlantic, and there were not enough lifeboats for the passengers.

Similarities between Titanic and Titan:

The Titanic was the world’s largest luxury liner (882 feet, displacing 53,000 long tons), and was once described as being nearly unsinkable.

The Titan was the largest craft afloat and the greatest of the works of men (800 feet, displacing 75,000 tons), and was considered unsinkable.

The Titanic carried only 20 lifeboats, less than half the number required for her passenger capacity of 3000.

The Titan carried as few as the law allowed, 24 lifeboats, less than half needed for her 3000 capacity.

Moving too fast at 23 knots, the Titanic struck an iceberg on the night of April 14, 1912 in the North Atlantic 400 miles away from Terranova.

Also on an April night in North Atlantic 400 miles from Newfoundland, Terranova, the Titan hit an iceberg while traveling at 25 knots.

The unsinkable Titanic sank, and more than half of her 2208 passengers died.

The indestructible Titan also sank, more than half of her 2500 passengers drowning, their voices raised in agonized screams.

Differences between Titanic and Titan:

The Titan does not strike the iceberg a glancing blow on a clear night, as is the case with the Titanic, but drives headlong onto an ice shelf possibly formed by the recent overturning of a berg, rising up and falling on her side.

The Titanic sank on her maiden voyage, while the Titan had made several voyages.

Titanic sank while sailing from England to the USA, Titan was traveling in the opposite direction.

The Titan sinks a ship before hitting the ice. The Titanic came close to an accident with the New York but did not actually hit it.

The Titan had sails to improve her speed. Titanic did not.