Happy #Saturday folks! Hope you&rsquo;re all having a great #weekend so far!! 👻

Happy #Saturday folks! Hope you&rsquo;re all having a great #weekend so far!! 👻

Happy #Saturday folks! Hope you’re all having a great #weekend so far!! 👻

The untimely deaths of famous musicians at age 27 may be…

The untimely deaths of famous musicians at age 27 may be…

Born 100 years ago in rural Mississippi, the blues singer and guitarist Robert Johnson garnered little attention during his lifetime but was rediscovered in the 1960s, influencing numerous rock and roll pioneers. According to legend, Johnson sold his soul to the devil in exchange for his mighty talent, which he demonstrated on street corners throughout the Mississippi Delta and in the 29 songs he recorded between 1936 and 1937. Famously partial to women and whiskey, Johnson was allegedly poisoned by a lover’s jealous boyfriend or husband.

A founding member of the Rolling Stones along with Mick Jagger and Keith Richards, Brian Jones developed a severe substance abuse problem that by the mid-1960s had taken a toll on his health, landed him in jail and alienated him from his bandmates. He was forced out of the group in June 1969. The following month, Jones was found dead at the bottom of his swimming pool; police reported that he had drowned while under the influence of alcohol and drugs. Recently, new evidence has suggested that foul play may have had a hand in his death at age 27.

Known as Blind Owl because of his poor vision, Alan Wilson (first on left) headed up the American blues band Canned Heat, which performed at Woodstock in 1969. A songwriter, guitarist and harmonica player, he famously re-taught the aging blues legend Son House, who had been living in obscurity for decades, how to play his own songs. Wilson, who struggled with mental illness and had previously attempted suicide, succumbed to a drug overdose in September 1970, becoming the first of three acclaimed musicians to die at age 27 that year.

Remembered as one of the greatest electric guitarists in history, Jimi Hendrix revolutionized rock and roll as both an artist and a producer during his brief four-year career. He died in London in September 1970, asphyxiating on his own vomit while sleeping. His girlfriend claimed that Hendrix, a heavy drug user who was particularly fond of LSD, had washed down a handful of sleeping pills with red wine before going to bed.

Born in Texas, Janis Joplin won over the San Francisco music scene with her bluesy vocals and powerful stage presence, first as the lead singer of Big Brother and the Holding Company and later as a solo artist. Despite multiple attempts to get clean, she became increasingly addicted to heroin and alcohol as her career skyrocketed. She died of a heroin overdose in October 1970, less than three weeks after the death of fellow rock icon Jimi Hendrix.

A poet and avid reader of philosophy, Jim Morrison rose to prominence as the lead singer and lyricist of The Doors, a band he founded with a friend in 1965. By 1969, his drinking had become a problem, making him late for performances and fueling raucous onstage behavior. In July 1971, Morrison died of a heart attack apparently caused by a heroin overdose while living in Paris. It is thought that he mistook the drug for cocaine and snorted a fatal amount.

A founding member of the Grateful Dead, Ron McKernan, who went by the nickname Pigpen, did not share his bandmates’ predilection for LSD and other psychedelic drugs. However, his heavy drinking caused him to develop cirrhosis in 1970, and by 1972 his health had become so fragile he could no longer tour. He died of an internal hemorrhage in March 1973.

An icon of the Seattle grunge scene, Kurt Cobain formed Nirvana with a friend in 1985; the band achieved mainstream success in the early 1990s. Under a glaring public spotlight, Cobain struggled with mental illness, chronic health problems and heroin addiction. He committed suicide in April 1994, leaving behind his wife, the musician Courtney Love, and their baby daughter.

An English singer-songwriter whose powerful voice and unique style won her numerous awards and honors, Amy Winehouse battled drug and alcohol addiction for years. Her substance abuse problems were frequent tabloid fodder and inspired some of her songs, most notably the hit “Rehab.” On July 23, 2011, Winehouse was found dead in her London apartment, becoming the latest musician to have their career cut tragically short at age 27.

that-one-lightning-queen:gothic-culture: The “White Lady” at…

that-one-lightning-queen:gothic-culture: The “White Lady” at… 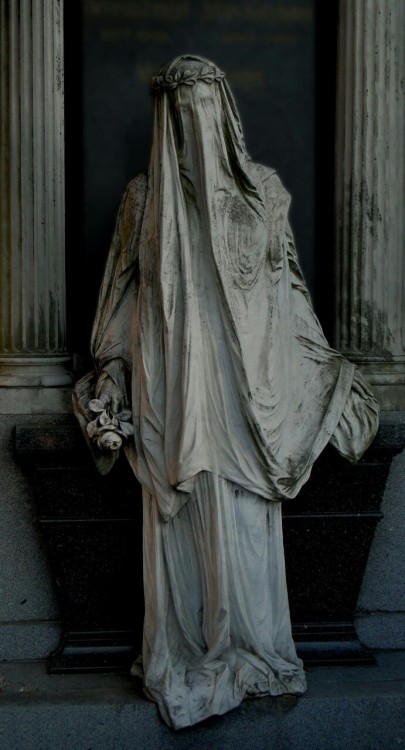 The “White Lady” at Zentralfriedhof, Vienna by Marcus Propostus~