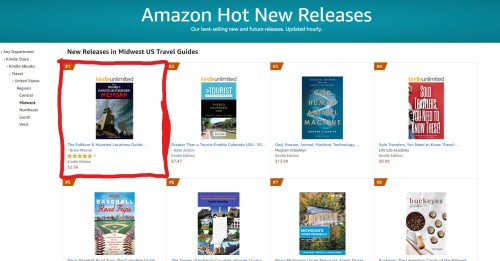 Hey folks!! My new #book, The #Folklore & #Haunted Locations Guide: #Michigan is listed on #Amazon as the #1 “Hot New Release” for #Midwest Travel Guides!!! You can sign up for a #FREE #KindleUnlimited trial and read it for free at the link below!! 👻

<p>There’s a witch on tiktok called witchmonikacovensvomit and she says any witch who has all their teeth is a false witch as teeth are so important to witchcraft. Also if you get sick too much your a faker. Just thought I’d share the absurdity</p>

<p>There’s a witch on tiktok called witchmonikacovensvomit and she says any witch who has all their teeth is a false witch as teeth are so important to witchcraft. Also if you get sick too much your a faker. Just thought I’d share the absurdity</p>

what the entire absolute shitting fuck

Described as the final resting place for “white and slave, rich and poor,” Oaklawn is Tampa’s oldest cemetery at just over 160 years old. Several prominent Tampa families have graves in the historic cemetery, as do pirates, slaves, soldiers, and victims of yellow fever. However, according to local legend, not all of the interred rest in peace.

According to Deborah Frethem, author of Haunted Tampa: Spirits of the Bay, spooky legends surround several of Oaklawn’s dead. In 1882, an angry mob hanged a man named Charles Owen after he allegedly broke into a wealthy family’s home and attempted to rape a young woman. Now, Frethem says, the shadow of a man hanging from a noose occasionally appears near Owen’s grave at sunset. At least one Oaklawn visitor has seen Owen himself.

Cigar magnate Vincent Martinez de Ybor is also buried in Oaklawn, though he hoped Cuba would be his final resting place. Legend has it a confused Vincent wanders through the cemetery at night, perhaps searching for signs he is home.

Though there isn’t a ghost tale about William and Nancy Ashley (that I’ve heard), their story is interesting nonetheless. In 1837, William, a white man from Virginia, arrived in Tampa with Nancy, a black woman he technically owned but considered his wife. Though they could never legally wed, William and Nancy lived together in Tampa for over 30 years. William died in 1871 and was buried in an all-white section of Oaklawn. When Nancy died a year later, the executor of William’s estate was unable to buy her a plot next to William due to the cemetery’s racial segregation. So, the executor instead opened William’s grave and put Nancy inside. The epitaph on the Ashley’s joint headstone reads:

“Here lies
Wm. and Nancy Ashley
Master and Servant
Faithful to each other in that relation
In life in death they are not separated
Stranger consider and be wiser
In the grave all human distinction
of race or cast mingle together
in one common dust.”

Are the stories about Oaklawn Cemetery true or nothing more than fanciful tales? If you’re ever in Tampa, stop by and see for yourself.

Know of a haunted cemetery? Send your stories and tips to ghostsghoul@gmail.com!