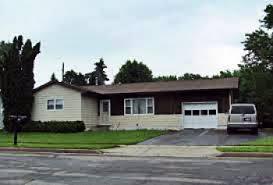 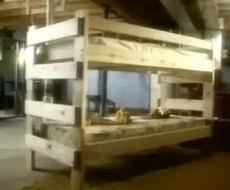 This is a story that was highlighted on the television series, Unsolved Mysteries. The Tallman House Ghost is one of the best-known stories this series aired. It is also considered the most frightening.

It is about a family that lived in the small farming community of Horicon, Wisconsin.

The Tallman’s, Debbie and Alan moved into a one-story home with their children in 1986.

They were excited about owning their own home.

But strange things began to happen to the family once they bought a bunk bed, at a second-hand store.

The couple came to believe what happened next was somehow connected to this wooden bunk bed.

They experienced nine months of terror and fear.

Their children had never been sick, even with colds, but mysteriously as soon as this bed was brought into the home—their children, two daughters, and a son, became seriously ill—for no apparent reason.

A clock radio near their son, Danny’s bed began to have a mind of its own. It would turn off and on and switch channels without assistance.

At first, when Danny told his parents about this, they did not believe him. But then strange things began to happen to Alan.

Painting the basement one day, he left his work to eat dinner. When he returned, he found his paintbrush had been turned upside down. The bristles were now sticking up out of the paint gallon.

Their youngest daughter, while sleeping in the lower bunk was startled awake, several times by a dark figure, staring at her, that was surrounded by a red glow.

The family had their pastor, Wayne Dobratz visit the home, and he told the couple he sensed “something evil” was haunting them.

The children’s visions continued, and Danny, became so frightened, he told his parents he wanted to move.

Allan now frustrated and angry told the entity to leave his children alone, that he was willing to fight it if necessary.

After this, the dark entity focused upon him. Returning home late one night from work, he heard an odd howling sound that evolved into a voice calling, “come here.”

He followed this voice around the house, but nothing was there.

When he returned to the garage, it was on fire, so he ran into the house to retrieve a fire extinguisher. But when he returned, everything was calm. There was no damage or sign that anything had burned.

When Alan re-entered the house, he went to retrieve his metal lunch pail, which he had set down earlier, but the entity yanked it from his hands and threw it across the room.

Alan began to sleep in his daughter’s room to provide protection and comfort. One night a fog rose from the floor and surrounded him. He then heard a voice say, “You’re dead.”

Debby called the family pastor, once more. She explained Alan was distraught. Dobratz felt the Tallman’s home had a “Demonic presence.”

Their pastor didn’t find any evidence they were fabricating the incidents.

Several weeks later, Alan working late, asked a male relative to stay with his family. This man, a skeptic, did not believe what the Tallman’s had told him about the haunting.

That night he changed his mind.

The same dark figure, glowing red appeared, in the children’s room and screamed. Debby told this relative, who was now in shock, to gather up the children, they were leaving.

The Tallman’s shortly after this had the bunk bed destroyed. This worked, but despite the activity settling down, they moved to a different town.

wolftea:Getting ready for the holiday season.

wolftea:Getting ready for the holiday season.

Getting ready for the holiday season.

This is a really weird experience that super freaks me out when I think about it. Anyway, after college I moved into an apartment in a fairly urban area (I want to stress that, there was nothing rural about this place). It was a little, ol’ run down building. Sometimes there would be weird machine hums that me or my roommate would just go ahead and ignore, sometimes there would be sounds in the walls, like some small creatures like rats would be scampering through it. The landlord told us not to worry about it.

Anyway! There was one night, about a few months after I’d moved into the place, that I was lying in bed and felt really uneasy. I had been just lying in bed since 1 in the morning and it was maybe 2 at this point. I just couldn’t sleep. And, at this point I am still completely lucid. But, I hear, right next to my ear, what sounds like a pig snorting. I instantly yell and jump out of bed. I think it’s some prank my roommate is pulling on me but he isn’t there. I try to rationalize it, tell myself it was in my head, but before I can successfully do that, the snort returns, right next to my ear, even though I’ve moved to the corner of my room and I am standing. I just ran out of the apartment that night and returned a few hours later when the sun was coming up. It didn’t happen again. But I know what I heard.

What gets me really uneasy, was, what if the spirit was human and only imitating a pig?

James: 9/10 No yeah, humans should not be making pig noises. Even if they are alive. Thanks for sharing the scares!