It’s been a long #weekend of #editing my new book, but the #FinalDraft of the manuscript is finally done, which means now I have to start working on the cover art.. which I totally suck at, but.. glad to be done with this part! Hope you guys all had a great weekend! 👻

Waking Up At 3 AM Every NightWhat Does It Mean?We have all heard…

Waking Up At 3 AM Every NightWhat Does It Mean?We have all heard… 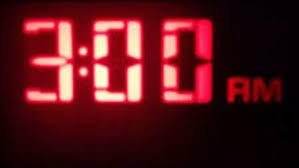 Waking Up At 3 AM Every Night
What Does It Mean?

We have all heard of the witching hour or the devil’s hour. It is steeped in folklore from centuries ago with many different meanings and explanations – but what does it mean to us today? Do you experience anything during witching hour at night and not know it?

The witching hour is the time of the night that people associate with supernatural events.

More recently, people have started to accept the hours of 2 am to 4 am being witching hour.

Whatever the official or accepted times for witching hours are, many people have reported strange events happening during this window at night, and often find themselves awake at this time for no apparent reason.

If you find yourself waking up during the hours of 3 am and 4 am, you aren’t losing your mind.

Those gifted with psychic powers believe that the veil between our world and the spirit world is weakened or lifted between those hours, and it is also the time of night that our minds are most relaxed and open to outside influence from spirits.

If you are experiencing this often, there might be more to it than just a bad sleeping pattern. Do not ignore it, and rather look into the reason why it might be happening.

For some people, waking up at the same time each night and having an eerie feeling can be quite scary. You do not know what is happening, if someone is actually trying to contact you, or if there is something sinister at play.

Preparing yourself for waking up at this time will help you properly experience and understand what is occurring, and hopefully will give you some insight into the message that is trying to be sent, and even who might be attempting to contact you.

In the past, it was believed that this was the time of night when demons would pass through the veil and possess the innocent.

It was also believed that it was the time of night when black magic was at its strongest, and when witches would practice evil at full power.

It was also said that the time of 3 am is a direct mockery of the time when Jesus Christ was crucified – 3 pm. The belief that anything supernatural is evil is a very old-fashioned way of thinking.

People are now much more open to the idea that spiritual connection and communication with the dead can be enlightening and safe.

If you protect yourself and ensure that your intentions are good, there should be no harm done.

Many people have had very good experiences of spirit contact during the witching hour, and have reported no evil.

The experiences you have also come down to your mindset. If you are troubled, negative and surrounded by bad energy, you are more than likely to have a bad experience.

Surrounding yourself with positively, good energy, and white light will help guide you through a safe experience when contacting spirits.

Jian SengAn abandoned tanker, the Jian Seng was found in 2006 by…

Jian SengAn abandoned tanker, the Jian Seng was found in 2006 by… 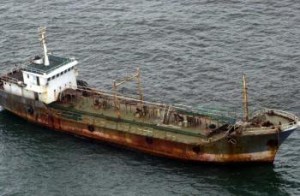 An abandoned tanker, the Jian Seng was found in 2006 by an Australian coast watch airplane in the Gulf of Carpentaria.  The Australian customs vessel Storm was dispatched at night.

The following morning, a small boat was launched to board the drifting Jian Seng.  No one was found on board.  Its point of origin unknown, documents recovered later indicated it was the Jian Seng; but the ship’s name had been painted over.

The Jian Seng had a large supply of rice in its cargo hold, used to possibly re-supply fishing vessels out at sea.  Its engines, however, were inoperable and Australian officials concluded it had been adrift for some time.  As the Jian Seng had been stripped of anything of value, it was surmised that it perhaps broke loose from being towed to a ship scrap yard.

The Jian Seng was later towed to deep waters and sunk as an artificial reef, because its owner was never located.

Little corners of my studio.