Just added my latest #YouTube #Video for the Top 4 Most…

Just added my latest #YouTube #Video for the Top 4 Most…

Just added my latest #YouTube #Video for the Top 4 Most #Haunted Places in #Utica, #NewYork to the http://GhostQuest.net Media page for those who prefer to watch there! I’ll also be linking videos in my blog posts so readers can watch there too!

I spent a few hours embroidering a spell. Weaving and embroidery…

I spent a few hours embroidering a spell. Weaving and embroidery… 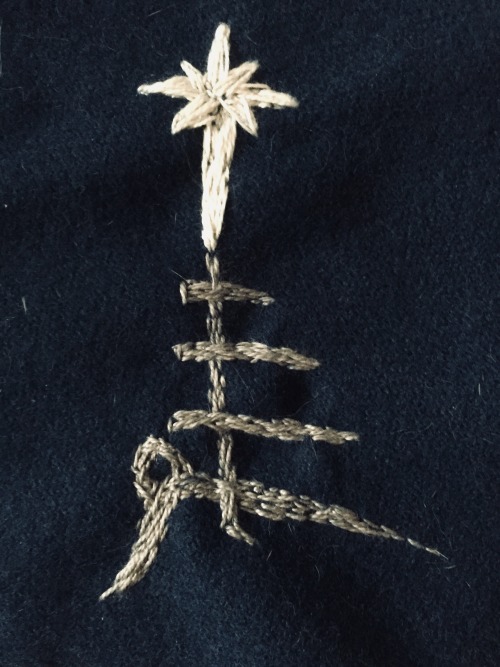 I spent a few hours embroidering a spell. Weaving and embroidery can be very effective magic: with every stitch or line of thread you are manifesting your intent. It doesn’t matter if the lines aren’t perfect, if the cloth is pulled too tight in places because you started at 2am and couldn’t see what the hell you were doing. You spent hours thinking on the change that had to be created, and, like the Fates, you wove it. 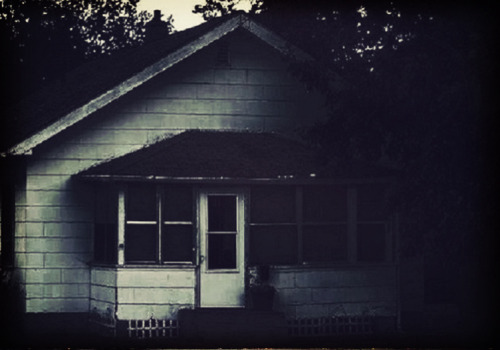 The Possession of Latoya Ammons

A story that could have come right out of the pages of The Exorcist, Latoya Ammons, a resident of Indianapolis, reported to police she was the victim of violent attacks from a malevolent force in her home. Though Captain Charles Austin of the Gary Police Department initially believed the claims to be a hoax, he soon came to find that something truly sinister was going on in the Ammons home. In fact, there are 800 pages of official record on the incident written by the Department of Child Services as well as first-hand accounts by priests, police officers, psychologists, and family members.

In November 2011, the Ammons family moved into their new home on Carolina Street in Gary, Indiana. They claimed that, despite the cold winter months, large black flies were found swarming their screened-in porch within a month of their move. They began to hear footsteps on the basement stairs in the middle of the night as well as the sound of the kitchen door opening and closing, despite the door often being locked. Ammons mother, Rosa Campbell, saw a shadowy figure pacing the living room one night, and found footprints in the carpet when she went to investigate in the morning. On March 10, 2012, the family were woken in the early hours of the morning by Latoya’s daughter screaming for help as her friend who was sleeping over at the time was discovered unconscious and levitating above the bed.

After the incident, the Ammon family called local churches but could not find anyone willing to investigate their claims, however, one church official informed them the house was well-known to have spirits in it and recommended the house be cleansed with oil and signs of the cross on the windows and doors. Financially unable to move, Latoya made an altar in the basement with figures of Mary, Joseph, and Jesus and a Bible open to Psalm 91. She then burned sage and sulfur in the house and drew crosses in the air with the smoke. However, it had little effect as the level of paranormal activity increased and Latoya’s children began to show signs of demonic possession.

During the possessions, witnesses described the children’s eyes bulging, evil grins upon their faces and their voices deepening each time they spoke. Turning to their family doctor who described the incident as bizarre, believed the family to be falling victim to delusions and hallucinations. Medical staff called 911 and the children were checked into Methodist Hospital while the DCS was called in to investigate. After a brief investigation, the officer assigned to the case claimed Latoya was of sound mind and the children were healthy and free of any evidence of abuse. However, that changed after a nurse witnessed the eldest son walking up a wall backwards on all fours

While police and the authorities were inspecting the house, audio recorders used by the officers began to malfunction and pictures taken in the house revealed strange anomalies. Desperate for help, in April 2012 Reverend Michael Maginot was called in to perform an exorcism on the 9-year-old boy, the first ever exorcism to be authorized by a bishop of the Catholic Church’s Diocese of Gary. After performing the ritual and over months of continued assistance from psychologists, the family was finally freed of torment and Latoya was restored full custody of her children.

The apparent case of demonic possession made national headlines and then made them again when Zak Bagans, host of Ghost Adventures purchased the haunted property in 2014. After performing his own investigation of the demon house he felt the only course of action he could take was to destroy the home once and for all. In 2016 the house was demolished and no further reports of paranormal activity have been reported.