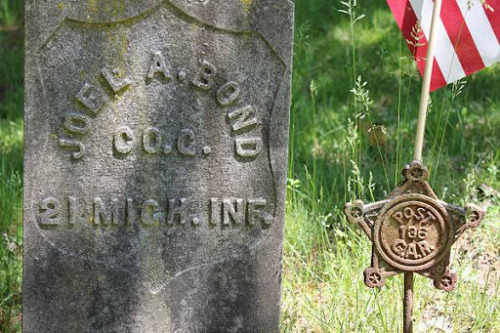 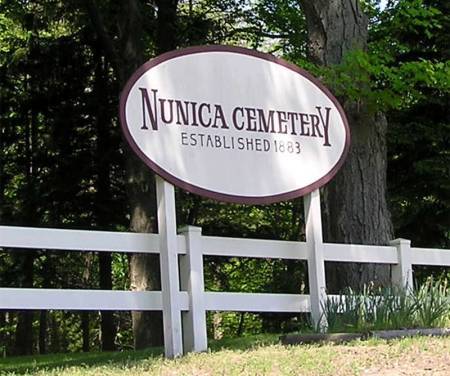 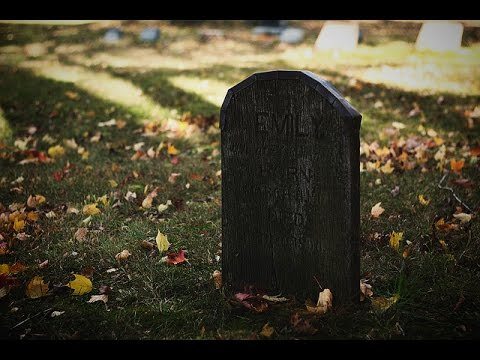 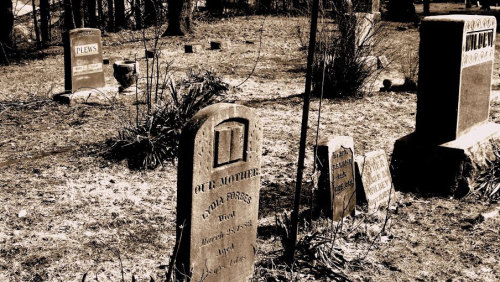 ​#NunicaCemetery in #Nunica, #Michigan was established in 1833. It hosts over 1,600 burial plots, and is considered by many to be one of the most #haunted cemeteries in the state of Michigan. A number of different #spirits are believed to haunt Nunica #Cemetery, including that of a young girl who is often seen following visitors around, with some even claiming to feel the girl holding or tugging their hands. The central part of Nunica Cemetery is dedicated to a number of #children who were killed during an influenza outbreak during the 1920’s, which many believe may be where the young girl is buried. Another #spirit said to haunt the old cemetery is that of a former #CivilWar #soldier named Joel A. Bond, who passed away in 1913, and is allegedly seen watching over the location from a distance or lingering around the site of his grave. #Paranormal investigators visiting Nunica Cemetery at night report experiencing an eerie, unwelcoming presence, and sudden feelings of sadness or fear which subside upon leaving the location. Many also report hearing the sounds of disembodied footsteps and voices, as well as witnessing glowing #orbs, and strange flashing lights. Visitors over the years have likewise claimed to encounter the #apparitions of several other unidentified men and women, including one spectral figure known to many as the #LadyInWhite. One popular rumor among Nunica locals is that Nunica Cemetery was built over an old #NativeAmerican burial ground, which many believe to be the reason for some of the location’s alleged paranormal phenomena.

The Blue Ghost TunnelWhile searching for the Screaming Tunnel, a…

The Blue Ghost TunnelWhile searching for the Screaming Tunnel, a… 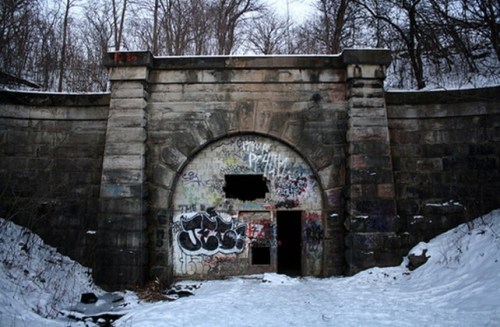 While searching for the Screaming Tunnel, a paranormal investigator happened upon another spirit in a different tunnel. The tunnel he was in was the Merritton Tunnel, and is much longer than the Screaming Tunnel. The investigator reportedly saw a blue mist and it has since become a popular attraction for thrill-seekers in Canada, and is listed among the top haunted places in the country. There are multiple spirits that haunt this tunnel, including two engineers and a fireman. On top of that, when the canal above the tunnel was constructed it caused a flooding in a nearby graveyard.

Hey kids. I have a bunch of spoopy encounters, and I’ll submit the rest of them when I have time.

Before I start, I still don’t have an explanation for what happened, and it still frustrates me to this day that I lost my only copy of this; so all evidence of my encounter is gone and I feel like people assume I’m lying or attention seeking when I bring things up. Despite all of this, I’m still a skeptic in regards to the paranormal, so I invite anyone reading this to give me an idea as to what you think could have happened.

With all that said, here’s my story:

This happened back in 2006 or so. I was in middle school at the time and was about to enter the seventh grade.The last few months of the school year leading up to the summer were especially hard for me. A mutual friend of mine in South Africa, who was like a sister to me, had unexpectedly passed away from some illness and my childhood dog who I had since I was diagnosed with cancer and had to be put down. It was pretty stressful for me, and I began to feel incredible alone and isolated. It was around this time I found Youtube (back when it was in its infancy before it got bought out by Google), and I found escapism in making videos and writing as a budding young writer and aspiring filmmaker.

It was around this time I started utilizing a Sony Handicam I got as a birthday present, so I was making shitty home videos whenever I could when it wasn’t being borrowed by my relatives. A day came around when my cousin just outside the major Philadelphia area came up to spend the summer with my family, and we spent a good chunk of one afternoon just dicking around with the camera and filmed what we could; basically doing what two twelve year olds would do on a major sugar high. After about an hour of messing around the house, we finalized the disk and popped it in my old DVD player to see what we got.

The whole thing was super cringeworthy. It was shaky, almost blurry at times, and totally nonsensical. Towards the last five or so minutes, things got really weird. We were getting to a part where we were going through the basement kitchen, and about to pass the bar that divided the kitchen from the living room. To help put things into perspective better. If you stood in front of the bar; there’s two stools in the front of it, a closet to the left, and another closet to the right where our water heater is. As we were about to go to the living room, the video seemed to freeze and get stuck on a single frame for about ten seconds or so. It was a partially blurry frame in front of the bar, showing a smear between the corner of the room between the bar and the water heater closet.

We looked closer and saw that the blur or smudge didn’t look like well…an ordinary blur. The more we focused on it, the more we noticed it eerily looked like a dog and that of a small kid, no more than five. The thing that made it more alarming was that the dog looked strikingly like my old german shepard, which was pretty unsettling. As for the figure that looked like a kid, I’m not sure.

Thinking about it more, it brought back memories of a twisted stories one of my cousins told me to scare me when I was like six, where a family with three kids were slaughtered. Again, a fucked up story with no merit, but still. Years later, I’d think about it on and off and for some reason, something I guess I forgot or blocked out of my memory came back and it was that my mom was pregnant again, but unfortunately miscarried sometime later.

To this day I still have no idea or explanation as to what I saw, and as I stated in the opening, I unfortunately lost the only copy of the disk I had, presumably in a flood we had some odd years later. I’m thinking about reaching out to my cousin to see if she remembers this or not, but I won’t hold my breath in the event she doesn’t. It’s still really weird looking back on all of this over ten years later, especially since I remember considering picking up a career as a paranormal investigator despite being an agnostic-atheist at the time.

So yeah, that’s my story. If anyone has any ideas or explanations for what I might have seen, let me know. I’d love to hear your input.

James: 6/10 Maybe those ghosts just wanted to be youtube stars. Thanks for sharing the scares!