Skull Cave in Mackinac Island, Michigan:#SkullCave is a small…

Skull Cave in Mackinac Island, Michigan:#SkullCave is a small… 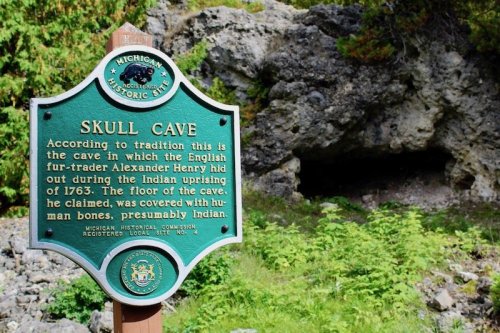 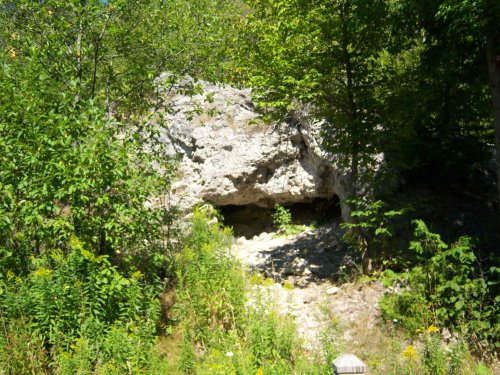 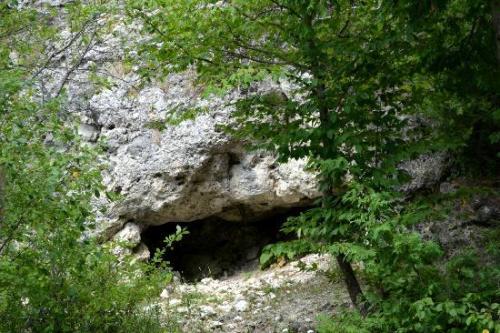 #SkullCave is a small cavern hidden away in #MackinackIsland #StatePark on Mackinack Island. It was used as a burial site by #NativeAmerican tribesmen and women until the 1700’s, and wasn’t discovered by #European settlers until 1763 when a fur trader named Alexander Harvey was forced to take shelter in the cave overnight. When Alexander woke the next morning he was horrified to discover the cave floor was littered with human remains, and thus it was given the name of #Skull Cave. Although the skulls were removed, tourists visiting the old burial site frequently report witnessing #ShadowFigures, #apparitions, and other spectral entities. Other visitors report feeling a strange presence in the vicinity of Skull Cave, as well as experiencing sudden cold spots and drops in temperature that defy explanation.

Who knew this movie would be good! This is a spoiler-free review (Above the Read More Line that hopefully doesn’t disappear)

1. Supernatural or psychological or metaphorical in someway? Science fiction-y psychological horror. It also operates as a metaphor for the psychological scars of physical and emotional abuse.

2. How scary was it? They got a lot of mileage out of a simple premise and laid it on in terms of scares and thrills. It did get me to scream at one point which never happens anymore for me. 7/10

4. Is there blood and gore? There is a good amount of blood.

5. On a scale of 1 – 10 (10 being Alien: Covenant), how dumb were the characters? There are some choices that Elizabeth Moss could have made better, but other than that, nobody was super dumb and everything felt natural. 2.5

6. Does that story make logical sense if you think about it too long?

Oh yes, it does. I mean, there was a small detail sort of unexplained but it didn’t really need to be. There may have been a plot hole or two but nothing I’ve thought of just yet.

About 5 years ago when Insidious 3 came out, Leigh Whannell burst onto the scene as a poor man’s James Wan. The Invisible Man is better than that movie in basically every aspect made by a highly skilled and assured filmmaker. This is an inspired and relevant take on The Invisible Man. If you haven’t seen the trailer (probably avoid doing so so you get even more surprised), this film is about a woman who flees an abusive relationship with her ultra rich tech husband. The man is then found to be dead, but the woman soon finds herself being haunted by him, and she has reason to believe he’s found out how to make himself invisible.

It’s a tightly knit plot with as many gut-punching twists as I could take. It is feverishly suspenseful and its impossible to look away. Elizabeth Moss’s performance is unbelievable and really pulls you into her conflict. She really helps, along with some fucking crafty camera work, make us afraid of the empty spaces in every room she enters. This monster is truly terrifying and despicable in a way a lot of horror villains are not.

I’d say this is definitely going to be one of 2020′s best remembered horror movies. It’s slick, stylish, scary, suspenseful and impeccably engineered. 8.5/10

Read below for some of my spoiler-y thoughts!

I know I don’t know what I’d do in the heat of the moment since I’ve never been in a situation like this, but when the girl was just sitting and screaming while her dad was getting beaten almost to death, I really wanted her to do something.

For the longest time I thought James was Cecilia’s sister’s ex husband on amicable terms. I realized she wasn’t when James clearly didn’t give that big a shit about her.

That’s Oliver-Cohen Jackson from Haunting of Hill House <3 I noticed they made him older than he actually is in real life, which feels new and fresh for Hollywood.

I screamed at the paint scene. Maybe it was because the person next to me shook.

Why does that girl have a mannequin creeping over her bed?

Those security guards at the front desk watching they’re buddies get merc’d on camera and doing nothing about it, LMAO.

There may have been a little too many security guards bursting in to be like, “WOA WHAT IS GOING ON!” before getting jumped.

I think the movie could have ended when she said, “Surprise!” that would have been IT.

I hope they don’t get carried away and make an /Invisible Woman/ franchise. There’s no way that’b work better than having this as a stand-alone film.

Imagine if they made a cross over with Tom Cruise’s The Mummy. That’d be awful but at the same time I want to dive into whatever parallel universe has that and take a peek. 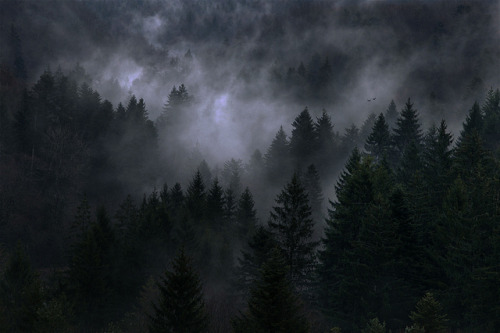