19 Parents Share The Creepiest Things Their Kids Have Ever… 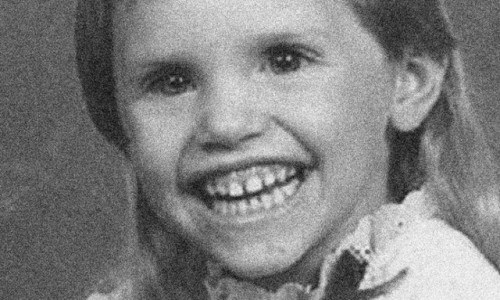 19 Parents Share The Creepiest Things Their Kids Have Ever Said

Kids say the darnedest things, but they also come out with ridiculously creepy things as well. When Reddit asked ‘what is the creepiest thing your child has ever said?’ Parents of the internet came forward with their stories and boy, they didn’t disappoint.

Here are nineteen of the most disturbing, chill inducing stories shared.  All we ask is for you to try and suppress the urge to lock your children in a cupboard after reading these.

My 3 year old daughter stood next to her new born brother and looked at him for awhile then turned and looked at me and said, “Daddy its a monster… we should bury it.”

2. “The Man Who Crawls On The Floor And Stands By My Bed.”

My co-worker’s four year old daughter always thought that the rattling of the water pipes in the kitchen cupboards were “white wolves” and the sound always scared her. One day she was sitting at the kitchen table and she said, “Mom. The white wolves aren’t bad… they’re our friends!”

Her mom encouraged the idea by saying, “Yes! The white wolves are protecting us. They are our friends.” Then her daughter added in, “They’re our friends, but not the man who crawls on the floor and stands by my bed”.

Had to check on him a few times to make sure he was still there.

He’s not my kid, but my godson is extremely creepy. He likes to stand in his little sister’s doorway while she naps and watches her sleep. I ask him why and he says, “it’s the closest I can get to seeing her dead.” He also likes to shove her fist in his mouth as far as it can go because he wants to “know what suffocating is like, just in case.” I’m pretty sure he’d be a serial killer if it wasn’t for Mario Kart.

While changing my daughter in front of the open closet door. She kept looking around me and laughing. I asked her what was so funny. She said, “the man.” To which I replied, “what man?” She then pointed at the closet and said, “the man with the snake neck.” I turn around and nothing was there.

I’m afraid to look into the history of my house to see if anyone hung themselves in the closet. At least she wasn’t scared.

6. You Will Die Soon

Not to me, but to his grandmother.

He was cuddling with her and being very sweet (he was about 3 at the time). He takes her face in his hands, and brings his face close to hers, then tells her that she’s very old, and will die soon.

Then he makes a point of looking at the clock.

I was sound asleep, and at around 6am I was woken up by my 4 year old daughters face inches from mine. She looked right into my eyes and whispered, “I want to peel all your skin off”.

The backstory here is I had been sunburned the previous week, and was starting to peel. In my sleep addled state however, it was pretty terrifying for a few seconds. I didn’t know if I was dreaming, or what was going on.

My sons were about 2 and 4 when their pet goldfish died. I attempted to use the situation as an opportunity to discuss death and mortality. After I finished my explanation, my four year looked up at me with his big, blue eyes and asked, “Mommy, someday, will you die?” My heart filled with love and a little sadness, knowing this was one of those pivotal moments when the first bit of childhood innocence was lost,and I told him yes, someday, mommy will die.

“Good,” he said with a totally deadpan expression, and walked out of the room.

Later when we were about to flush the fish, he asked if we could eat him instead. I said no, we don’t eat pets because we love them, and he said, “When you die, I’m going to eat you.”

When my son was little he, maybe 3, he used to do this weird crawl where he would slide his forehead along the floor. That was pretty creepy in itself. Then one night he crawled across the hallway into my room like that and stood up a few inches from my face and made a weird meow sound. He got into bed with me and went to sleep.

Another time he was freaking out about a monster in the basement so we went down and saw nothing, of course, and as I turned out the light and headed upstairs and he said “Hes right behind us now.” I might have peed a little.

Possibly the creepiest thing he did was one day I scolded him for misbehaving so he hid his head under his blanket. I pretended I couldn’t find him by saying “Where is my little Carson?” He slowly lowered the blanket and with a dead evil stare said, “Carson is gone, I am Rick.” I’m certain he’s possessed. We never knew any Ricks, as far I can remember. Still don’t. Never figured out where he picked up the name.

Getting my two and a half year old daughter out of the bath one night, my wife and I were briefing her on how important it was she kept her privates clean. She casually replied “Oh, nobody ‘scroofs’ me there. They tried one night. They kicked the door in and tried but I fought back. I died and now I’m here.” She said this like it was nothing.

My wife and I were catatonic.

“So I shouldn’t throw him in the fire?”

12. The Pretty Girl At The Cottage

My 3 year old nephew was at my cottage. He’s asked me numerous times about the “girl over there” while pointing at one of the back bedrooms. The place is small, and there is definitely nobody there so I just dismiss it as a really active imagination (he has lots of imaginary friends).

Then some friends are visiting and they have a daughter around the same age. She has never met my nephew. Twice in the one day she asked about the “pretty girl” while pointing at the exact same room. Definitely caught me out and I didn’t know what to think.

Then at Christmas my family was over at my place and my nephew points at a picture of my wife and asks if she is coming to visit us here or does she just stay at the cottage. My wife died ten years ago. Personally I don’t really believe in paranormal stuff so it’s probably just my logical brain putting together a bunch of kids ramblings but it definitely got my attention.

“Go back to sleep, there isn’t anything under your bed”.

Still haven’t gotten over that one and shiver at the memory.

While not something my own child has said, my younger cousin (around 5 at the time) once drew a picture of a a black monster, looked up at me, and said “He told me to draw this. He’s coming for you. You better hide.”

I have a three year old who says some pretty strange stuff….

Last night: “Mommy.. the man, the very big man with big yellow eyes is looking at you.”

I look.. nothing. I tell him there is no man and he is make-believe. My son laughs, “Oh he is hiding now.” — 2 minutes later, “Oh no Mommy, you made him very mad. Now he says he will come when you are sleeping.”

Few weeks ago he tells me, “I’m not going to be four. I’m going to die. And you will put me down, down, down in the hole.” I tell him that isn’t true, and who told him that. He gets quiet and goes, “The man told me. But I will be scared, so after three night-nights you die too and come with me.”

Sheesh. As if I didn’t have bad dreams already.

A friend of mine’s child told him “Daddy, I love you so much that I want to cut your head off and carry it around so I can see your face whenever I want.”

Why are you crying?

“There.” Points behind me at a dark corner of the room

Lamp on bookshelf next to said darkened corner falls off as soon as I turn to look.

She slept in our bed that night

When I was a waitress, I watched a little girl (4ish) stab her plastic fork into her sandwich repeatedly, saying “die die die die die die”. When I asked her what she was doing (her mom was in the bathroom for a minute), she replied with a straight face, “I like to kill things, but mom says I shouldn’t. So I picked the ham because it can’t scream.”

19. Satan Wants To Meet You

A few months ago I asked me brother and his wife if their kids ever did any creepy. They both immediately looked at each other and seemed surprised that I had asked.

Apparently the last few couple of weeks they would hear my niece talking to herself in her bedroom. They assumed it was just her playful imagination so they didn’t give it much thought. One day however my brother asked her who she kept talking to, she said it was her new best friend Satan who visits her at her window every day. Her window is close to the ground so they were seriously concerned that there was someone actually going up to her window and kept a closer eye on her for the next few days.

Every single time they would hear her talking he would go outside to her windows but never found anyone. They began asking her more about his new friend and apart from his name being Satan she mentioned that he follows her everywhere she goes and that he promised her he will bring her a cake one day.

At a late cookout at my parents a week before they mentioned that, she took her mom outside to the backyard and pointed at the pitch black backyard and told her that her friend Satan was there and he wanted to meet her also. That made chills run down my spine since I was at that cookout also. After that they made her promise she wouldn’t talk to Satan anymore.

19 Parents Share The Creepiest Things Their Kids Have Ever…