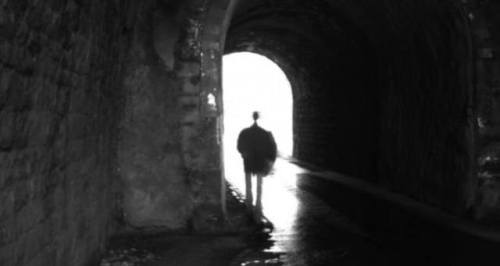 10 REASONS THE DEAD DON’T MOVE INTO THE LIGHT

The greatest myth about spirits who have not moved on is that they are held against their free will, either by other ghosts, or by loved ones who are still alive. To the contrary, these earthbound spirits are here by choice, not force.

An earthbound spirit is the energetic essence (life-force) of a once-living person who has not yet crossed over to their spiritual afterlife. The idea that a spirit is somehow being caused to remain on the earth plane, rather than moving into the Light, likely has more to do with our misunderstanding of both human nature, and our own spiritual essence. In general, human beings have a pervasive belief in good and evil. It’s simple, although misguided, to believe that any spirit who is still hanging around the earth plane must be trapped by something evil. After all, who wouldn’t want to go into the Great White Light of Peace and Joy?

10 REASONS THE DEAD DON’T MOVE ON

1. Unaware of Their Death: This can be common in the case of sudden or traumatic death. The individual had no time to prepare for death, and maybe confused, fearful, or in shock. They can remain stuck at the site of the accident that took their life.

2. Unfinished Business: We all have it, and if we carry it with us after death, it can keep us from moving into the Light. We all have to learn to let go at some point.

3. To Protect a Loved One: Some spirits have incredible loyalty to those left behind. They feel obligated to continue their human role as protector. An example might be older siblings who looked after younger siblings.

4. Guilt: This is most common with suicides. A spirit, seeing the effect of their actions on loved ones may feel guilty about the choice they made.

6. Forced by Another Ghost: This is not possible because every spirit has free will. It is possible that another spirit who had control over a newly deceased person is perceived to still have that power. An example would be an abusive man who dies before his wife. If she believes in death that the ghost of her husband has control over her, that perception can hold her back from the Light.

7. Not Wanting to Face Someone Who Has Already Passed On: Just as we can be afraid to face someone in life whom we feel we have let down in some way, so too can that fear be a powerful trap for the spirit to remain on the earth plane.

8. Don’t Believe in Live After Death: If one has no belief in a place to go after death, they may simply remain a wandering spirit.

9. Not Understanding That Existence Does Not End: Some spirits realize they are dead and in spirit form, but become fearful that leaving the earth plane will mean they cease to exist. The task here is to let go of the ego.

10. Fear of Judgment: If there is a place of Light, there also must be a place of Darkness. The fear that one might end up in darkness is powerful enough to keep one earthbound.

As we can see, themes common to the human condition include fear, anger, greed, guilt, false hope, non-awareness of divinity, the need to feel loved, and the need to understand and be understood. These can easily follow us into the afterlife. In all cases, nothing binds a spirit to the earth plane except their own perception or emotional state, which they willingly choose.