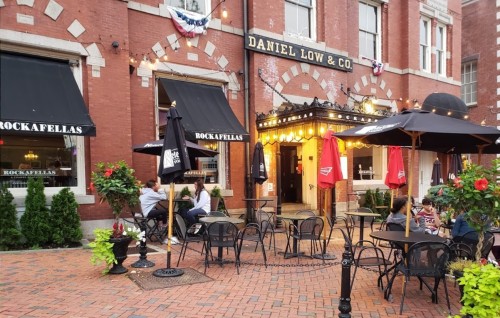 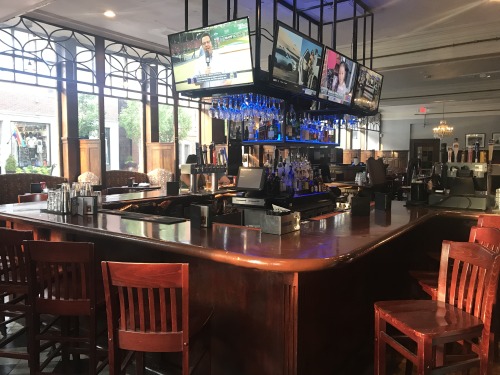 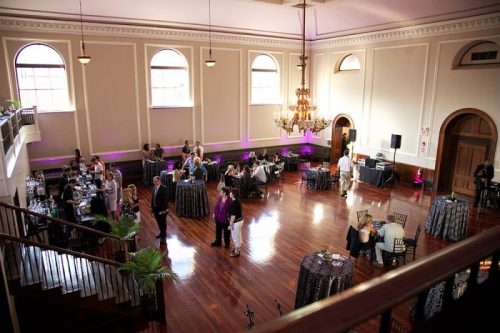 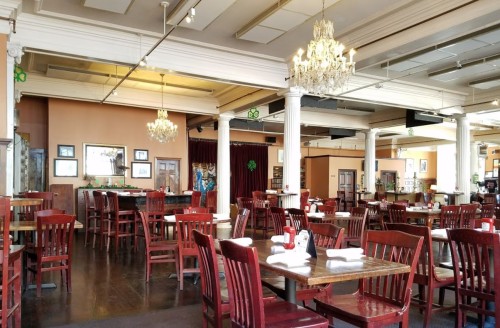 Rockafellas #Restaurant & #Bar in #Salem, #Massachusetts was opened in 2003, however the building which houses it is much older. Known by many as the Daniel Low Building, it was originally constructed in 1826 as the fourth meetinghouse for a #Puritan Unitarian #church called Salem’s First Church. It operated under the name of Salem’s First Church until 1923, at which point it was rented out by various businesses, including a jewelry store, banquet hall, #china shop, and several others. Due to a number of secret underground tunnels located beneath the restaurant, many historians also suspect that the old building may have been used as a stopping place on the #UndergroundRailroad by #African slaves fleeing the south during the #American #CivilWar. The #historic building is said to be #haunted by the #spirits of a number of unidentified men and women, including one woman commonly seen wearing a long, blue dress, known as The #BlueLady. According to one popular #GhostStory passed down by locals, the woman was killed by a sailor after it was discovered she had become #pregnant with the man’s child, and her body was buried in one of the old tunnels beneath the restaurant, however no historical evidence is currently available to validate these claims. The story of The Blue Lady has become so well known over the years that employees have even created a #cocktail named after her. Another #apparition often seen by patrons and employees at Rockafellas Restaurant & Bar is that of a somber man wearing a dark suit, who is believed to have been a former minister that committed #suicide during the time when the building was used as a church. Pedestrians walking near Rockafellas Restaurant & Bar late at night also report witnessing strange, glowing #orbs moving around inside the empty building, and hearing the sounds of disembodied voices and screams.